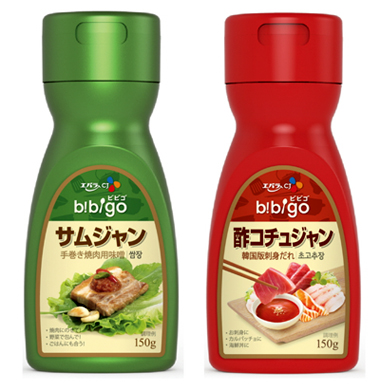 Ssamjang and chili-pepper paste of ‘Haechandle’ entered into a total of 110 shops including Nihon Hokkaido and Mami mart which are major distribution channels. CJ Jeiljedang will focus on settlement of the brands in Japan this year and next it will achieve 2 billions WON of sales through aggressive sales / marketing such as surveys on sites, testing consumer’s tastes and additional products and then enter 3,000 shops or so. Although products with normal temperature occupy approximately 85 of condiments and sauce market with 600 billions WON in Japan, ‘Haechandle’ entered the market of refrigeration with its refrigerated premium sauce. It’s because these products can be displayed together with meat and vegetables which are major targets for refrigerated seasoned sauces and thus brand is easily exposed and induces simultaneous purchasing.

These products are produced as tube typed small amount (150g) so that they satisfy Japanese tastes and are easy to be stored and include images of ‘Pork belly and Ssamjang’ and ‘Sashimi’ and ‘Chili-pepper paste’. Although these products are not expected to achieve short-term based sales achievements as they are still not known to Japan market, they are expected to pioneer a new market with ‘Korean styled say sauce’ which is differentiated from seasoned sauce that has already pre-occupied markets. Currently, response from Japanese market is positive. It’s said that Japanese have continuous interests in Korean-styled cuisines such as taking pork belly with Ssamjang as consumption of Korea styled pork belly continues to increase thanks to activities from stars of Korean Wave.

Moreover, the fact that Ssamjang can be used as dressing and dipping sauce for vegetable besides pork belly results in good response from Japanese. Although chili-pepper paste is still unfamiliar for Japanese who are familiar with say sauce and wasabi, it’s said that distributors on sites show interests and inquiries for chili-pepper paste harmonized with sea foods. These Ssamjang and chili-pepper paste are delivered as a global brand name ‘BiBiGo’ which is an integrated brand of CJ Jeiljedang. “We will focus on implementation of Haechandle’s unique colors and images introducing Korean styled food eating with Ssamjang and chili-pepper paste which haven’t been introduced ever before” and “We will make best efforts to position these products as a major brand in Japan as K-food is more and more attracting people’s attentions in Japan” said CJ Jeiljedang.