Mass production of 5,000 tons a year at Pasuruan Bio Plant in Indonesia, being the first in the world to succeed at commercializing amorphous PHA (aPHA).

CJ CheilJedang has begun mass production of ‘PHA (polyhydroxyalkanoate),’ a marine biodegradable plastic material, based on its top-level global technological competitiveness. The company is also accelerating its penetration of the global market with high future growth potential by introducing a new brand specializing in biodegradable materials.

CJ CheilJedang announced on the 11th that it has begun mass production of PHA at its exclusive production line at the Pasuruan Bio Plant in Indonesia. This is where the company can produce an annual capacity of 5,000 tons of aPHA (amorphous PHA), which no other company in the world has succeeded at commercializing. Moreover, the company has started constructing the scPHA (semi-crystalline PHA) production line and is planning to increase PHA production up to 65,000 tons a year by 2025.

This has given CJ CheilJedang an advantage in future business expansion as it is the first company to be capable of producing both aPHA and scPHA, both of which have high marketability. Companies such as Danimer Scientific (U.S.) and Kaneka (Japan) that can mass-produce PHA other than CJ CheilJedang can only produce scPHA.

Launching a specialized brand, accelerating penetration into the global market for biodegradable materials, and increasing production up to 65,000 tons by 2025.

PHA is a high-molecular substance that is accumulated intracellularly by microorganisms after feeding on plant-derived ingredients, and it is decomposed in most environments including soil and the ocean. General biodegradable materials decompose only in a limited environment or are made from petrochemical materials that are not environmentally friendly. On the other hand, since PHA is made from biomaterials and is 100% biodegradable in seawater, it is used as an important raw material for making eco-friendly plastic products. In particular, it is considered as an innovative material as well as a game changer that can solve the problems of marine microplastics.

The aPHA that CJ CheilJedang will focus on producing has a soft physical property that is similar to rubber, which can be used to make various items that need to be transformable, such as packaging materials and plastic bags. Crystalline PHA (cPHA) or semi-crystalline PHA (scPHA), which competitors handle mostly, lacks flexibility due to the hard physical property. This issue can be resolved by being mixed with aPHA. 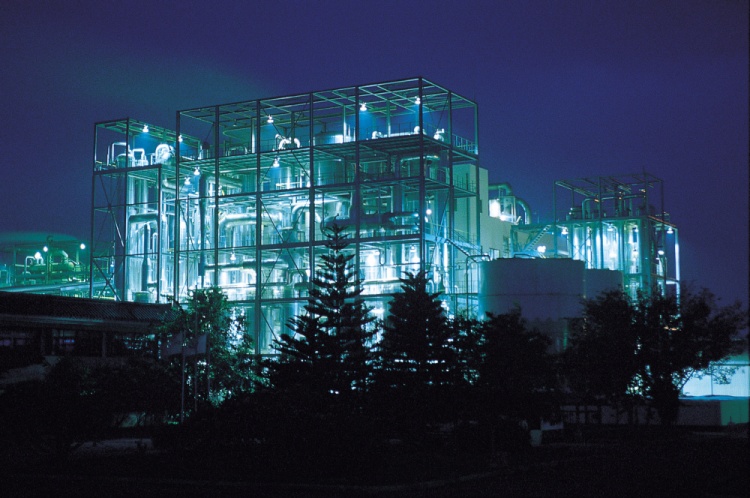 CJ CheilJedang plans to further enhance its competitiveness by using PHA not just as a single material but also as a so-called 'platform.' The advantage of PHA is that it can improve intensity, physical property, and biodegradability by mixing it with other biodegradable plastic materials, such as PLA or PBAT. This is related to the establishment of a bio-based compounding joint venture with HDC Hyundai EP (Engineering Plastics), Korea’s No. 1 synthetic resin compounding processor, last year.

The prospects are bright. The global market size for biodegradable plastics is expected to grow rapidly from approx. KRW 5 trillion last year to approx. KRW 16 trillion by 2025. This is because there are increasing regulations to reduce petrochemical plastics and induce the use of eco-friendly materials in not only Korea but also other advanced countries. Moreover, global companies, such as Coca-Cola and PepsiCo, have declared that they would replace their current packaging materials with biodegradable, recyclable materials, or materials that can be used as a fertilizer, over the next few years. This indicates that the market for disposable and general-purpose plastics worth hundreds of trillions of won will be replaced quickly by eco-friendly materials.

“The high demand for CJ CheilJedang’s PHA is proven by the contracts of more than 5,000 tons signed with major global clients even before the actual production,” said an official at CJ CheilJedang. “Based on our unrivaled technological competitiveness obtained over the past few decades, we will contribute to creating an environment where consumers worldwide can use sustainable and eco-friendly plastics in their everyday lives.”

Next
‘KCON 2022 Premiere in Tokyo’ ends in success, attracting over 40,000 people for two days