tvN’s You Quiz on the Block makes a remarkable turnaround to become a mega IP in just three years!

tvN’s You Quiz on the Block (directed by Min-seok Kim, written by Eun-ju Lee) celebrated its third anniversary on August 29, 2021. Since the first episode was aired in the summer of 2018, it has become one of the most-watched TV shows, and a flagship tvN comedy show that has taken charge of Wednesday nights.

tvN’s You Quiz on the Block makes a remarkable turnaround to become a mega IP in just three years! 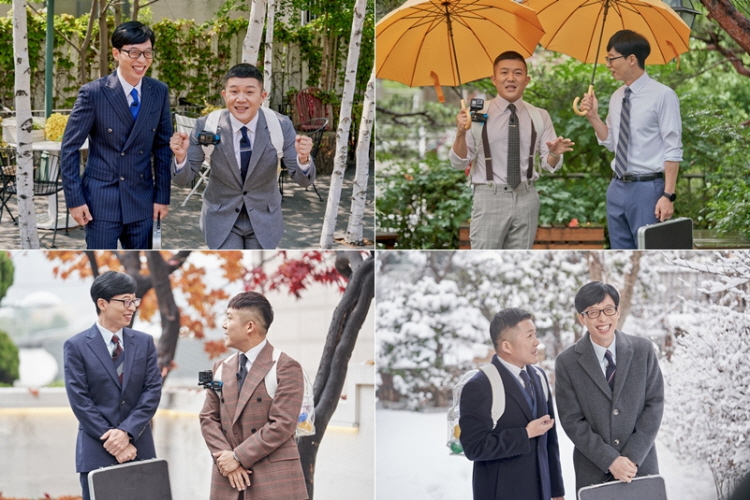 You Quiz on the Block was broadcast for three years through ups and downs together with the many viewers who have been able to see the world with warm-heartedness. Now, it has become a mega intellectual property (IP) of tvN, having built a strong brand power that is recognized for high viewer ratings, popularity, and the high quality of the show. Compared to three years ago when the show first aired, it is now definitely experiencing an upward trend. The content value of the program is highly evaluated, backed by good ratings, popularity, and strong sales.

The first thing you will notice the difference in is in viewer ratings. While the first episode aired on August 29, 2018, recorded the average rating of 2.3%, the 120th episode broadcast on August 25, 2021 broke the rating record, marking 6.7% on average and 8.5% as the maximum rating. That figure has tripled, and the show continues to maintain its upward-sloping curve even after 120 episodes, proving the power of the content (Numbers collected from Nielson Korea, for the households across the country using a paid platform).

That is not all though. Even as a regularly scheduled program aired every week, the show boasts phenomenal popularity. According to research conducted by Gallup Korea on Korea’s favorite TV show, You Quiz on the Block took third place this May and June, demonstrating the viewers’ insatiable interest in the program. In a brand power index (BPI) survey jointly conducted by CJ ENM and another external research firm in April this year, You Quiz on the Block topped the ranks for comedy shows, while taking the second spot in the BPI ranking for entire shows including dramas, news, and educational programs. This is meaningful as it demonstrates the program’s rapid movement up the list for comedy shows from its 11th place last year. This is a clear sign of the unrivaled brand power of You Quiz on the Block to stand out from the numerous other shows out there today. The show was also recognized for its high quality on multiple fronts. The Hangul Day episode aired in 2019 and the First IN, Last OUT episode aired in 2020 was named the Best Program of the Month by Korea Communications Standards Commission (KCSC) for the month of October 2019 and November 2020. At the Baeksang Arts Awards 2021 held in May this year, the show was nominated for the Best Comedy Show, showing off its enormous potential as there were many critics and viewers who had predicted that You Quiz on the Block would win.

Along with the heightened content value, You Quiz on the Block has now established itself as tvN’s flagship mega IP. The competitiveness of the show continues as the show’s reputation affects the sales of both the program and advertisements. The sales recorded exponential growth growing by more than eight times over three years. If you break it down, the remarkable momentum is more clearly visible. Between 2018 and 2019, the sales jumped 4.3 times and were doubled again between 2019 and 2020. In the first half of 2021, the sales figure already exceeded 50% of last year’s sales. Moreover, companies are buying advertisements for the show despite the relatively higher price compared to other weekday comedy shows, which is another sign of the program’s content power.

What is the secret to the growing brand power that has made the show the country’s favorite program?

What made You Quiz on the Block a mega IP in just three years? The secret lies in the heart-warming stories of everyday people. The show invites the people we see around us, including children, teenagers, young people in their 20s and 30s, middle-aged people, and the elderly, to talk about their daily lives and the lives they have lived. The stories told are not provocative, but rather bring both tears and laughter. The accounts they share are viewed to resonate with warmth and a love for humanity. What’s more, ordinary people in various professions like a researcher from the National Forensic Service, a Producer-Director (PD) working in conflict zones, a photographer taking photos of war veterans, a traffic police officer, specialized cleaning professionals, and air-traffic controllers have appeared on the show and told stories that most people are not familiar with. Some people say that You Quiz on the Block is an educational show introducing the roles and values of various occupations to young students. As such, the universal elements you can empathize with in You Quiz on the Block open up the possibility of a story that can expand indefinitely.

Another factor that has led to the successful third anniversary of the show is its robust fandom. The so-called darlings, which is the name given to the fans of You Quiz on the Block, creates a unique sense of belonging. In every episode, works produced by loyal fans are introduced in a section called Talent Show for Darlings. The show also conducts surveys named Tell us the Voice of Darlings, with which viewers can recommend the guest of their choice. You Quiz on the Block seeks to create the show together with these ‘darlings’ by strengthening communication with viewers through different events and surveys in which they can take part and make their voices heard.

You Quiz on the Block is also active across social media channels. It has YouTube and Instagram accounts through which they actively communicate with fans. You Quiz on the Block on YouTube opened on July 24, 2020, and acquired over 610,000 subscribers and 240 million total views in just a little over a year. They upload special behind-the-scenes videos that can only be watched on YouTube to ensure that it becomes a platform where viewers can watch You Quiz on the Block videos faster than anywhere else. The official Instagram account has attracted more than 820,000 followers in three years. Backstage photos are uploaded almost daily to entertain fans while they wait for the next show until the next Wednesday. The marketing manager for You Quiz on the Block said, “I deeply appreciate the darlings who have supported us enthusiastically until we celebrate the third anniversary of the show of the darlings, by the darlings, for the darlings. We will continue to work hard to create moments that are like gifts in everyday life through which we can communicate more with our darlings.”

Lastly, there is a reason for such meticulous directing, which is in turn enabled by the careful efforts of the crew. You Quiz on the Block is made by 16 PDs and 10 writers who work together through collective intelligence. The reason that the show can present such well-made content every week comes down to the different perspectives and harmonious directing that is enabled by making use of those views. So, you can say that the success of the show was made possible thanks to tvN’s strategy to not spare any support for the show’s creators. At the back of all this successful content, there are the crews and personnel, and material investment also plays an important role in strengthening the capabilities of the crew and the content. Given the great system and infrastructure that caters to high-quality content production, you can say that the time was ripe for You Quiz on the Block to grow step by step.

It is also impossible to leave out the excellent performance of the MC duo, Jae-seok You and Seho Jo. You and Jo draw the most comfortable feelings from both guests and viewers. PD Min-seok Kim said, “The two MCs demonstrated great chemistry even before the show, but they appear to have built an even deeper bond after seeing, hearing, and sharing the same experience every week for three years. This show was made on the basis of the favorable impression of You, who has accumulated a great image over the past thirty years. Jo also plays a huge part in creating the show’s identity. I hope the journey of this irreplaceable duo will continue for many years to come.”

tvN You Quiz on the Block is aired on Wednesday evenings at 8:40 p.m.

Next
[CJ ENM] Irreplaceable global No.1 K-culture festival KCON:TACT Season 5 ‘HI 5’ comes to a successful close through communication with fans