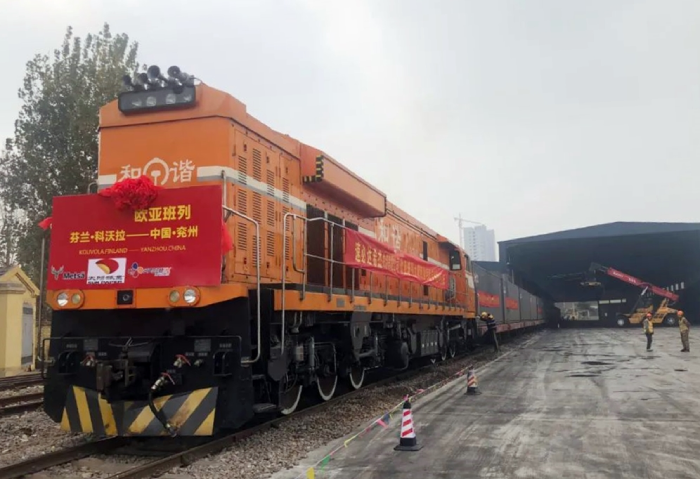 ▲Block train at Yanzhou Station in Shandong Province, China after departing from Finland

CJ Speedex, a Chinese subsidiary of CJ Logistics, succeeded in operating a direct freight train (block train) from Finland to China via the Trans-Siberian Railway (TSR).

CJ Logistics announced on the 15th that CJ Speedex has successfully operated a block train from Kouvola, Finland to Yanzhou, China using the TSR. The train departed from Kouvola, Finland on October 19th with 41 FEU of pulp cargo (FEU: a unit for counting 40-foot containers) and finally arrived in Yanzhou, China on November 7th after traveling for 19 consecutive days, a total of 11,670 km, through Europe and Russia. 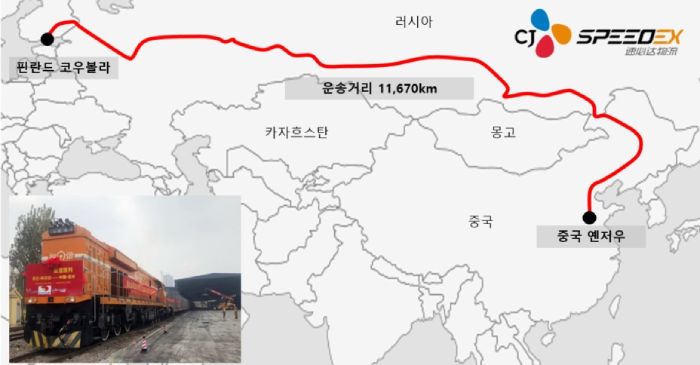 The distance of 11,670km that the train has traveled is equivalent to about 15 round trips between Seoul and Busan in Korea. The block train consisting only of freight cars was a direct train with no stops between its departure and arrival destination.

This transport from Finland to China using CJ Speedex's TSR block train was a pilot operation to supply pulp, a raw material for the production of paper, to a large Chinese paper manufacturer. CJ Speedex is currently engaged in discussions with its client on the regular operation of this route running from Northern Europe to China.

CJ Speedex started its first rail freight transport in 2017 between Europe and China and transported a total of 2,956 FEU last year alone using the Trans China Railway (TCR) as well as the TSR. This time's pilot operation is of great significance to the expansion of its range of operation into the Northern Europe region.

As the COVID-19 pandemic has increased sea freight rates while reducing the average cargo volume capacity, the demand for alternative transportation methods between Europe and China have been increasing. In addition, considering that trains traveling from Europe to China are relatively infrequent compared to the opposite route, it is expected to contribute to resolving the imbalance in supply and demand for containers.

CJ Speedex plans to further promote the operation of block trains between Europe and China based on the success of this pilot operation.