CJ CheilJedang is serving as a driving force to boost the market growth and consumption of rice with differentiated ‘processed rice home meal replacement (HMR)’ technology. 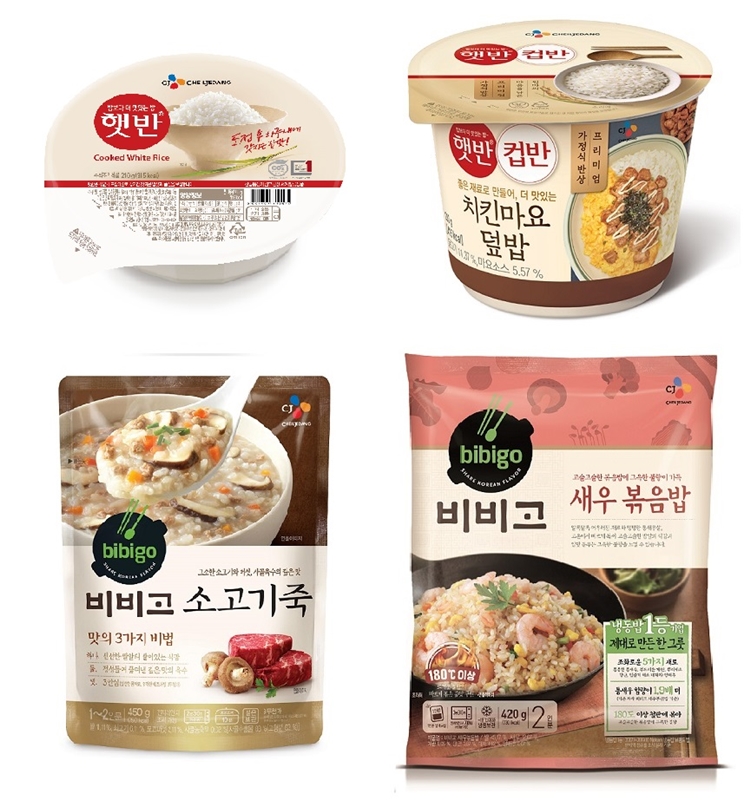 CJ CheilJedang has increased the purchase of domestically produced rice that gets used in processed rice products, such as ‘Hetbahn’ and ‘bibigo Porridge’, by 20% on average every year. The company purchased 9,400 tons in 2010, 13,000 tons in 2011, 38,300 tons in 2017, 44,300 tons in 2018, and 53,500 tons last year. Considering that the amount of rice used to manufacture ‘prepared meals and dishes’ and ‘box lunches’ in Korea last year was approximately 145,000 tons (Statistics Korea), CJ CheilJedang has contributed considerably to the increase of rice consumption.

With the per capita rice consumption decreasing due to changes in national dietary life, CJ CheilJedang is committed to coexisting with local farms in purchasing rice as well. Since 2010, the company has been providing a stable channel through contract cultivation with over 2,500 farms in 14 regions nationwide, such as Asan, Jincheon, and Iksan. They are also commercializing the exclusive brands of famous rice producing districts in Korea, such as Icheon and Asan, into Hetbahn products to publicize the local brands.

Last year, CJ CheilJedang completed the Rice Processing Complex (RPC) in Asan to manage the specialized rice for Hetbahn and is now receiving over 10,000 tons of rice for processed rice HMR from there. It is ‘Korea’s first rice contract cultivation, one-stop win-win model’ in which the company, community and farms have jointly built a rice processing facility and cooperate in contract cultivation, rice processing, and delivery. This helps increase income for local farms by securing a stable, long-term channel, while CJ CheilJedang can receive a steady supply of raw materials. 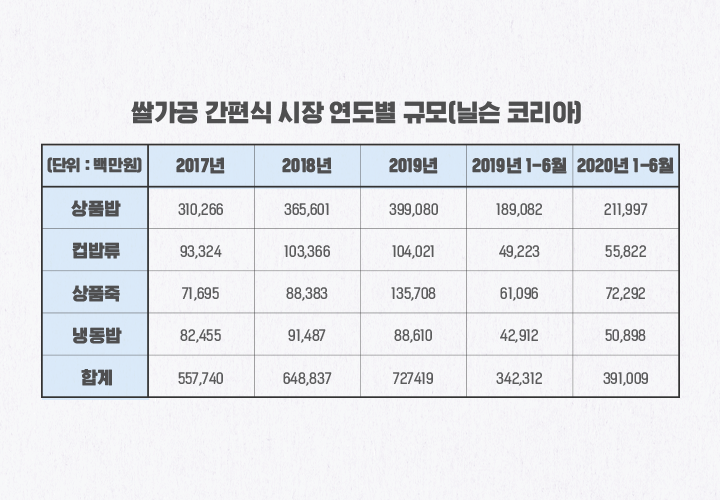 ‘Hetbahn’, ‘HetbahnCupbahn’, ‘bibigo Porridge’, and ‘bibigo Frozen Rice’ are CJ CheilJedang’s signature steady-selling processed rice HMR products. The total sales of these products (internal sales converted to consumer price) increased by at least 20% on average each year, from KRW 468 billion in 2017 to KRW 581 billion in 2018, and KRW 700 billion last year. Sales are showing continuous growth this year as well to the cumulative sales of KRW 443 billion in January – July, with more than an anticipated KRW 800 billion in sales of just processed rice HMR products alone this year.

According to CJ CheilJedang, this achievement could be made by securing the taste and quality unique to each product based on rice processing R&D technology such as Hetbahn and capturing consumer tastes and preferences. Koreans are extremely sensitive toward rice, which means the uniform quality and taste of rice are the most important factors and competitive advantages that differentiate the product among other processed rice HMR products. The company has the only ‘customized self-polishing technology’ in Korea.

It was also effective to expand the portfolio for various processed rice HMR products to suit different consumer lifestyles. In 2015, CJ CheilJedang released Hetbahn Cupbahn and bibigo Frozen Rice, which provide a ‘one-meal solution’ in a single product anytime and anywhere. In November 2018, the company also released bibigo Porridge for professionally cooked porridge to be enjoyed on a daily basis, thereby setting and leading a new eating trend.

Next
Mnet's “I Can See Your Voice” Gets Greenlit to Debut on U.S. Terrestrial TV Channel Fox