The CJ Cultural Foundation (Chairman Lee Jay-hyun) announced on the 16th that it would begin receiving applications for the 2020 Stage Up Aid Program, which offers venues or partial support of the production costs for small-scale creators and theatrical companies in the performing arts. The application period will be open until April 3. 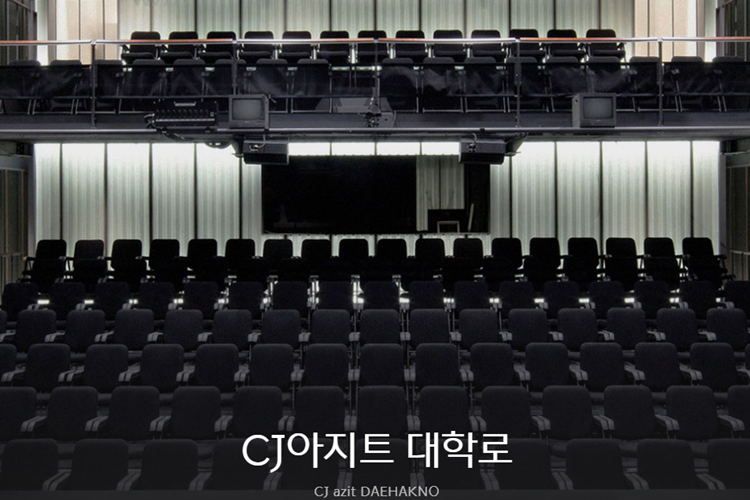 The Stage Up Aid Program is led by the CJ Cultural Foundation that is at the forefront of supporting young creators who are the future of Korea’s cultural industry. Since 2016, this program has aimed at aggressively contributing to bolstering Korea’s cultural ecosystem by showcasing the original works of creators and theatrical companies.

Any creators or theatrical companies of Korean nationality that are able to produce and engage in PR and marketing activities and have an original musical or play that is free of copyright infringement issues can apply for this year’s program. Applications for works that have already been staged are also accepted. Those who wish to apply must access the CJ Cultural Foundation’s website (https://www.cjazit.org) and submit the participation application and performance plan in the given forms by the preset deadline.

In order to pursue coprosperity with the performing arts industry currently facing a crisis and to serve as a catalyst for the growth of related ecosystems after successfully overcoming the crisis, we plan to provide a broader spectrum of support, in addition to the venue, for the selected works.

The selected creators and theatrical companies are given the opportunity to use CJ AZIT in Daehak-ro and all auxiliary facilities and equipment within the venue for free. In addition, a support fund of KRW 15 million, PR and marketing services, and the in-house staff of AZIT are provided to help them focus on raising the quality of their creations. Our system goes beyond simply offering the space and ensures the success of individual works through all-directional support in close cooperation with the creators.

A CJ Cultural Foundation staff member said, “A total of 13 original works, including the musicals Gu: Song of Dokkaebi and Oh, Park! and the play Brain Surgery in 2019, have been staged with our support for venues up through last year. The musical Ann and the play Hera, Aphrodite, and Artemis among them have continued their runs and taken firm root as leading stage works in Korea since 2017 when they premiered at CJ AZIT in Daehak-ro and received rave reviews. The two works were performed in January and March of this year, respectively.” He added, “We will strive to generate better results as the program was further reinforced this year. We also plan to seek and launch more programs to support the healthy growth of Korea’s original performing arts and the related ecosystem.”

CJ Group has continually helped young creators in pop culture, from music to performing arts and filmmaking, showcase their creations and make inroads into the market since it established the CJ Cultural Foundation in 2006 based on its corporate philosophy of “Serving the Nation through Culture.” It also operates the Dream Lighthouse Project designed to help children and teenagers enjoy cultural experiences and receive education on creating original works through the CJ Nanum Foundation in connection with the infrastructure and CSR activities of CJ Group’s major subsidiaries, thus remaining faithful to its mission of providing opportunities for youth to achieve growth and realize their dreams through culture.