CJ CGV has achieved 20 million annual visitors for the first time in Indonesia, following the achievement of the same in Vietnam. 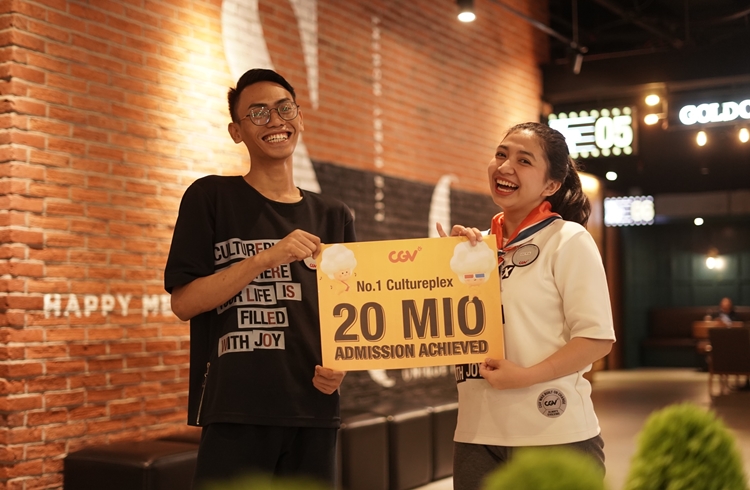 In January 2013, CJ CGV entered Indonesia in earnest as an outsourcing management company of a local movie theater chain, “Blitz Megaplex.” The number of annual visitors to Blitz Megaplex was only 4 million in 2012, before CJ CGV's proxy management of the theater, but exceeded 10 million in 2016 and 20 million in 2019, showing explosive growth. CJ CGV has seen significant growth in terms of annual sales as well, from 2012's 223.3 billion rupiah to 2018's 1.185 trillion rupiah (about 91.7 billion KRW), a 500% increase. The number of CGV theaters in Indonesia has also increased significantly, from nine in 2012 to 63 in 2019.

CJ CGV is contributing to the spread of multiplex culture throughout Indonesia, from first-tier central cities down to second- and third-tier provincial cities in nearby regions. The proportion of CGV theaters in second- and third-tier cities, which only accounted for 50% in 2014, is now near 70% after aggressive expansion. The proportion of visitors to CGV theaters in second- and third-tier cities has also increased, from 38% in 2014 to about 60% in 2019, surpassing that of first-tier cities. CJ CGV is making efforts to bridge the cultural gap between Indonesian cities and provinces by expanding into culturally marginalized regions whose residents used to have to travel more than an hour to watch movies, including Blitar, Purwakarta, and Probolinggo. 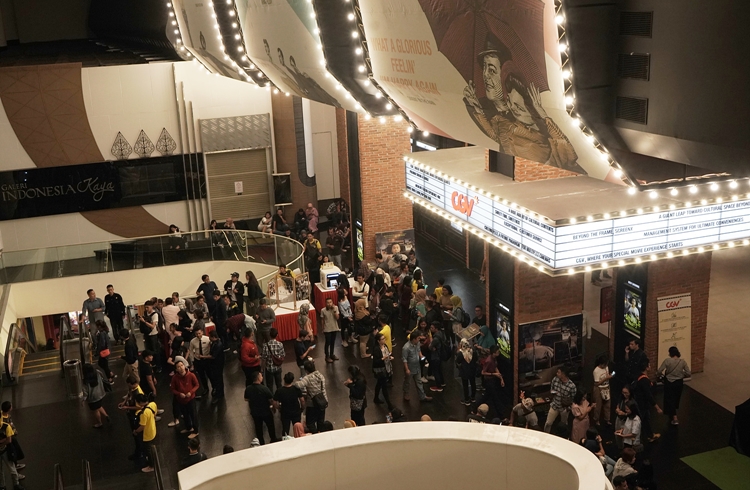 In addition to quantitative growth, CJ CGV is also focusing on qualitative growth through the “Cultureplex” concept. Cultureplex refers to a comprehensive cultural space where visitors can enjoy movies and various other cultures; the sports hall, a sportainment area where visitors can enjoy basketball, futsal, and badminton, and the sports bar, which offers a variety of healthy juices, are so popular among local Indonesian visitors that it is even difficult to book a slot to use those facilities. In addition, F&B spaces such as CGV Kitchen, a dining restaurant that serves a blend of local and simple western dishes, CGV Crunch Zone, which serves tempura and skewers, and CGV Warungmi, which serves a wide range of locally inspired ramen, are also extremely popular among visitors.

A variety of cultural programs that employ the medium of film are notable. In particular, Beauty Class, where participants can watch a Korean movie and learn how to apply the makeup worn by actresses featured in the movie with the help of a professional make-up artist, and Cine Music, where participants can enjoy short films along with live band performances, sold out every day, proving their persistent popularity among Indonesian people. In addition, Kids Field Trip, which has been active since January last year, is attracting attention from local educational institutions and children. Aimed at preschoolers and elementary school students, Kids Field Trip is an educational program that combines movie watching with hands-on learning activities, including touring the theater space, making popcorn, and purchasing movie tickets. 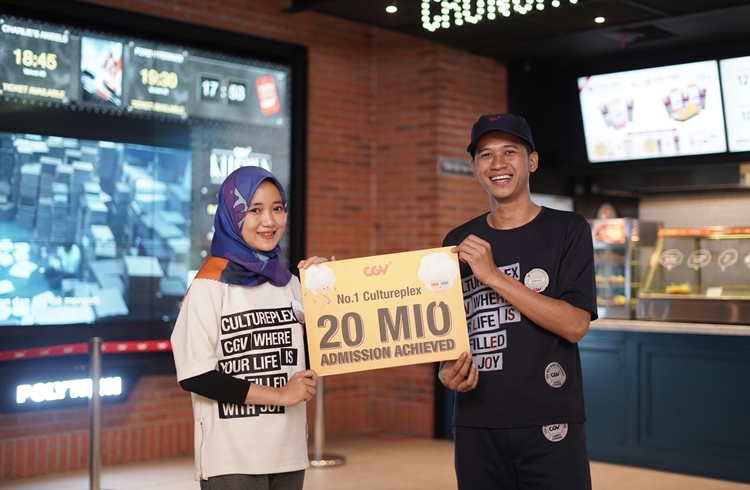 CJ CGV has been focusing on increasing the proportion of local films in its film repertoire each year to revitalize the Indonesian film market. The number of local films screened at CGV Indonesia has doubled from 66 in 2013 — CJ CGV’s first year of operation in Indonesia — to 132 in 2018. As a result, the proportion of local film audiences among total visitors to CGV Indonesia has also increased significantly, from 6.1% in 2013 to 28.6% in 2018. Since January this year, CJ Indonesia has been expanding opportunities for moviegoers to watch a variety of movies each week through Kreasi Movie Corner,” which exclusively screens local indie movies, the first program of its kind implemented at an Indonesian local multiplex.

Furthermore, CGV Indonesia is also establishing itself as an avenue of cultural exchange by hosting the Korea-Indonesia Film Festival (KIFF) and international film festivals that show films from various parts of the world including France, Germany, Japan, and the Middle East.

CJ CGV's Indonesian subsidiary head Kim Gyeong-Tae, who oversees CJ CGV's Indonesian business, said, “CJ Indonesia is determined to establish ourselves as a leading entertainment platform in Indonesia based on our role of introducing Indonesia to not only well-made films from around the world, but also various cultural programs in the music, concert, game, and education sectors. In particular, we will focus on shedding light on Indonesian local content and spreading such content throughout Indonesia to help the local independent art film scene flourish. We will provide unflinching support to that end.”