CJ ENM is out to spread K-Lifestyle in Thailand, an economic giant of ASEAN. Entertainment & lifestyle company CJ ENM (CEO Heo Min-Heoi) announced that KCON 2019 THAILAND held for two days on the 28th and 29th at ‘Impact Arena’ and ‘Impact Exhibition Center’, the biggest performance/exhibition hall in Bangkok, attracted 45,000 people and ended in a smashing success.

KCON achieves a 29-times growth with 290,000 people this year, leading the expansion of K-Lifestyle 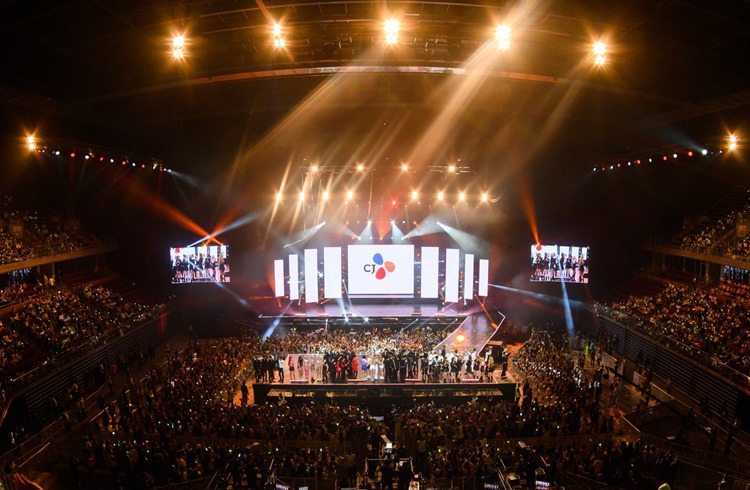 ▲ A panorama of KCON concert stage 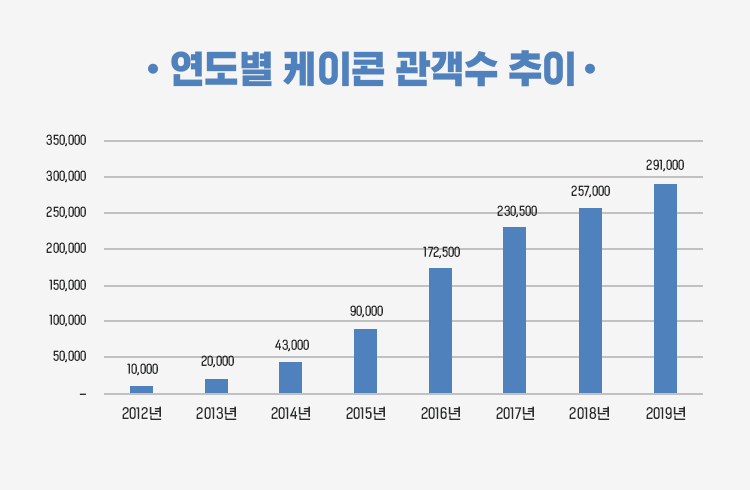 ▲ No. of KCON audiences by year

KCON is the world’s biggest K-Culture convention and has been hosted by CJ ENM in the US, France, UAE, Australia, Mexico, etc. since 2012 for global expansion of K-Lifestyle. This year, KCON was held in Tokyo (Japan) in May, New York (US) in July and LA (US) in August, and then this month in Bangkok, Thailand for two days on the 28th and 29th, attracting 45,000 people and ending its big run in a great success. Starting with 10,000 people in the audience back in 2012 based on the top management’s philosophy of ‘Contribution to the national economy through culture’, KCON has achieved rapid growth over 8 years, becoming an event that currently attracts 290,000 visitors, with the cumulative number of visitors surpassing 1.1 million. CJ ENM has been able to engage with Thai audiences by holding KCON in Thailand for two years in a row. Thailand is a mature market in which K-Culture is relatively widespread among Southeast Asian countries and is even showing a steady economic growth rate, thereby considered a key strategic nation for the spread of Hallyu in Southeast Asia.

KCON 2019 THAILAND featured 117 convention programs, which is 2.7 times more than last year, at the convention hall twice the size of the one last year. There were different programs for every hour for visitors to experience K-Lifestyle such as K-Pop, K-Beauty and K-Food. More K-Pop artists also participated in the convention programs, such as Golden Child, Kim Jae-Hwan, Stray Kids, Everglow, ITZY, and X1 in ‘Star Live Talk’, ‘Idol Cooking Challenge’, ‘Star Beauty Show’, and ‘Beauty Q&A’, all of which received an enthused response from the visitors. 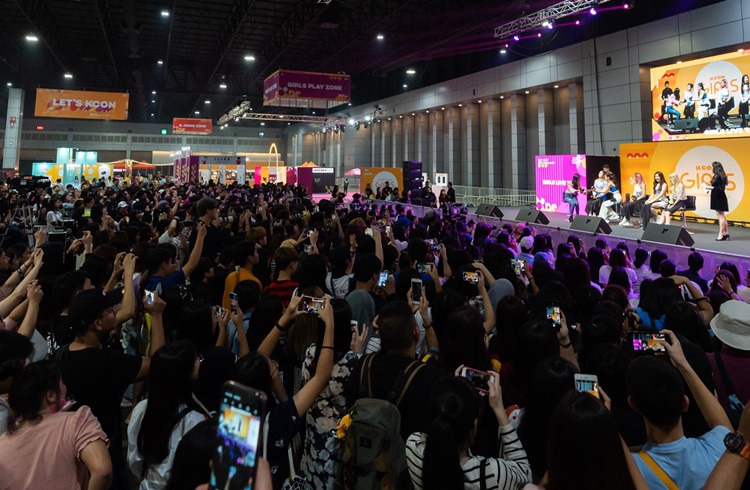 There were also various convention programs suited to Thai audiences, introducing K-Lifestyle to local visitors. Last year, women in their teens and 20s accounted for approximately 88% of all KCON visitors in Thailand, which is why this year’s KCON featured a separate section called ‘KCON GIRLS’ on K-Beauty and female lifestyle. Various programs such as talk shows, makeup demonstrations and girl group performances featuring female artists like (G)I-DLE, Cheongha and ITZY captured the eyes and ears of the audience. 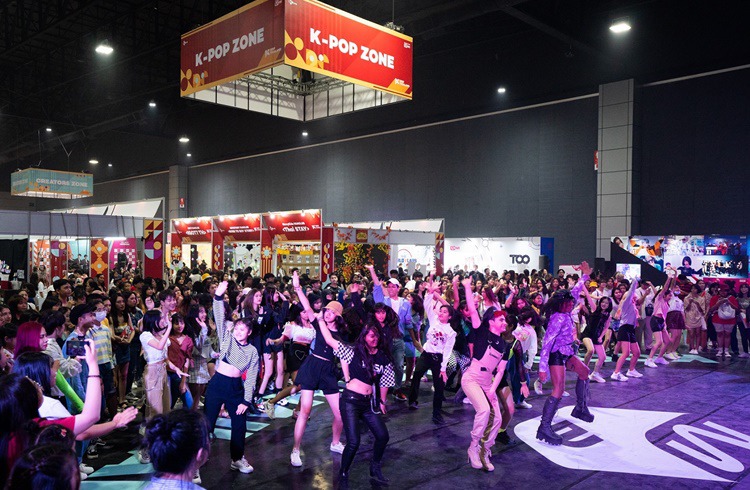 Thailand is a ‘mobile-first’ country (see Appendix 2) in which there are more cell phone users than internet users. Based on this regional characteristic, CJ ENM used various digital programs to communicate with the audience. The company has conducted live broadcast streaming on the official account of KCON Thailand on Twitter 9 times starting July, announced the lineup for KCON and covered all kinds of news with artists such as The Boyz, VERIVERY, Everglow, ATEEZ, (G)I-DLE, and AB6IX, attracting 1.05 million cumulative viewers. CJ ENM also established the ‘Creators Zone’ at KCON 2019 THAILAND and held various digital programs and influencer marketing events that people could participate on mobile channels. Many people were enthusiastic about the stages of various creators such as ‘GoToe’ with 1.85 million YouTube subscribers and Thai creator ‘Ob1jellopy’ showing K-Pop cover dance.

CJ ENM is also providing opportunities for promising small and medium-sized enterprises (SMEs) in Korea to expand into the global markets through KCON and enabling artists from small agencies to meet with global fans. This year, the company also collaborated with the new and upcoming ‘O’PEN MUSIC’ composers.

To begin with, CJ ENM collaborated with the Ministry of SMEs and Startups and Korea Foundation for Cooperation of Large & Small Business, Rural Affairs (KOFCA) to assist 30 promising SMEs to enter the Thai market. The export fair held the day before the event was attended by buyers of 78 companies from Thailand and neighboring countries and involved 400 consultations. Separate booths of SMEs were also set up at the KCON convention venue so that they could have a chance to promote their products to the visitors.

At KCON, there were also 20 companies suitable for global expansion among the 101 startups selected from ‘Product 101’ group fair, which is a ‘product’-based innovation project held for the second year in a row with the Ministry of SMEs and Startups and Korea Institute of Startup & Entrepreneurship Development (KISED). Accordingly, a total of 50 SMEs attended the event in Thailand, aiming for global expansion in contents and Hallyu consumer goods.

At the concert held in ‘Impact Arena’ in the two evenings, Golden Child, Kim Jae-Hwan, Nature, The Boyz, BVNDIT, VERIVERY, Boy Story, Stray Kids, IZ*ONE, Everglow, ATEEZ, (G)I-DLE, ONEUS, Cheongha, AB6IX, GOT7, ITZY, and X1 showed off incredible performances for Thai fans. About 50% of the 18 teams that participated in the concert for two days were new teams that had made their debuts within less than a year.

“We have a mission to spread our K-Lifestyle to the world through KCON and help other Hallyu-related industries also expand into the global markets,” said Shin Hyung-Kwan, Music Content Director of CJ ENM in charge of KCON. “We’ll do our utmost to communicate with and relate to the whole world beyond region and genre by holding KCON in various places next year as well.”