CJ CGV's global social contribution program “the Scenario Competition 2019” ended in success. The Script Contest is a project intended to discover talent, and any aspiring Vietnamese screenwriter aged between 18 to 35 can apply for the contest. Vietnam's No. 1 theater company CJ CGV has been holding the contest since 2017 as part of its social contribution activities in a bid to nurture young Vietnamese screenwriters and to contribute to the advancement of the Vietnamese film industry.

The Scenario Competition 2019 provided the opportunity to present finished scripts to local film industry officials, with a total of 12 scripts presented On the 19th, finished scripts written by aspiring Vietnamese screenwriters were presented to local filmmakers and industry officials at CGV Hoang Van Thu in Ho Chi Minh City, Vietnam through the Scenario Competition. The contest was conducted over a period of 5 months, starting with a call for applications in May, which was followed by participant screening, workshops, script completion, and a closing ceremony. Twelve scripts that passed the screening, selected only one out of 186 scripts, were given the opportunity to be presented. At the closing ceremony, which took place on the 20th, the top 5 scripts were selected and awarded at a ceremony, bringing a memorable end to the contest. The event featured a jury consisting of people including CGV director of distribution Nguyen Hoang Hai, CJ ENM producer Vu Quynh Ha, producer Timothy Linh Bui, film director Levan Kiet, and actor Nha Phuong. 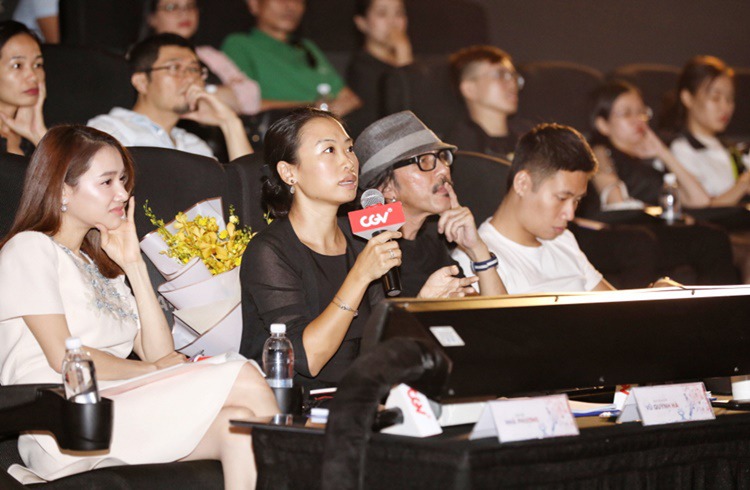 ▲ Producer Vu Quynh Ha, who joined the Scenario Competition 2019 as a jury member

Producer Vu Quynh Ha from CJ ENM, who attended the contest as a jury member, said, ”We conducted rigorous evaluations in many areas including originality, feasibility, fun elements, and consistency of narrative to select the winners. The officials present here will have chance to look at a lot of good scripts regardless of the screening results.” 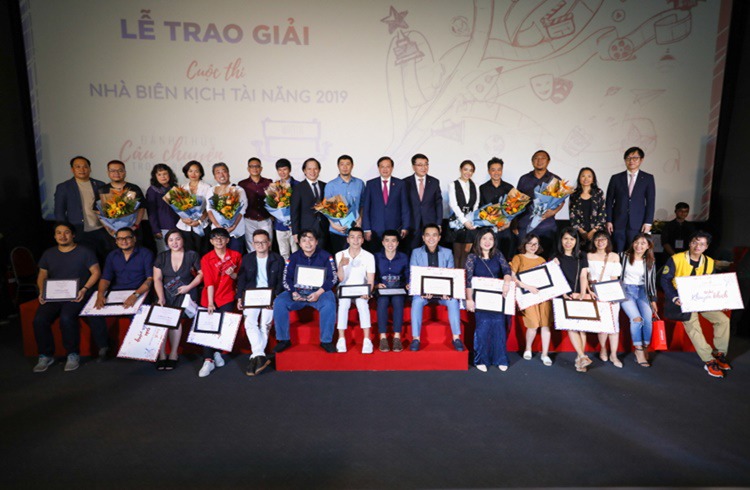 ▲ Commemorative photoshoot at the closing ceremony of the Scenario Competition 2019

The grand prize was given to “Phi vu xac chet,” which told of a series of events that happen after a trio of clumsy thieves break into a house only to find the dead body of the owner. The second-place honor went to “Tang gia ky la,” which told the story of a popular idol singer who holds a fake funeral for himself. The third placer was “Da guy,” which told a story where two retired soldiers in the 18th century discover the secrets of a village through a mysterious mansion in that village, and the fourth placer was “Bo vo dai chien re qui,” which told of happenings arising as a father who wants to prevent his daughter's wedding and the soon-to-be groom who wants to win the father over go on a trip together. Named fifth was “Sieu com lam me,” which told the story of a former mafia member bent on erasing his past who falls in love with a police officer chasing his past. 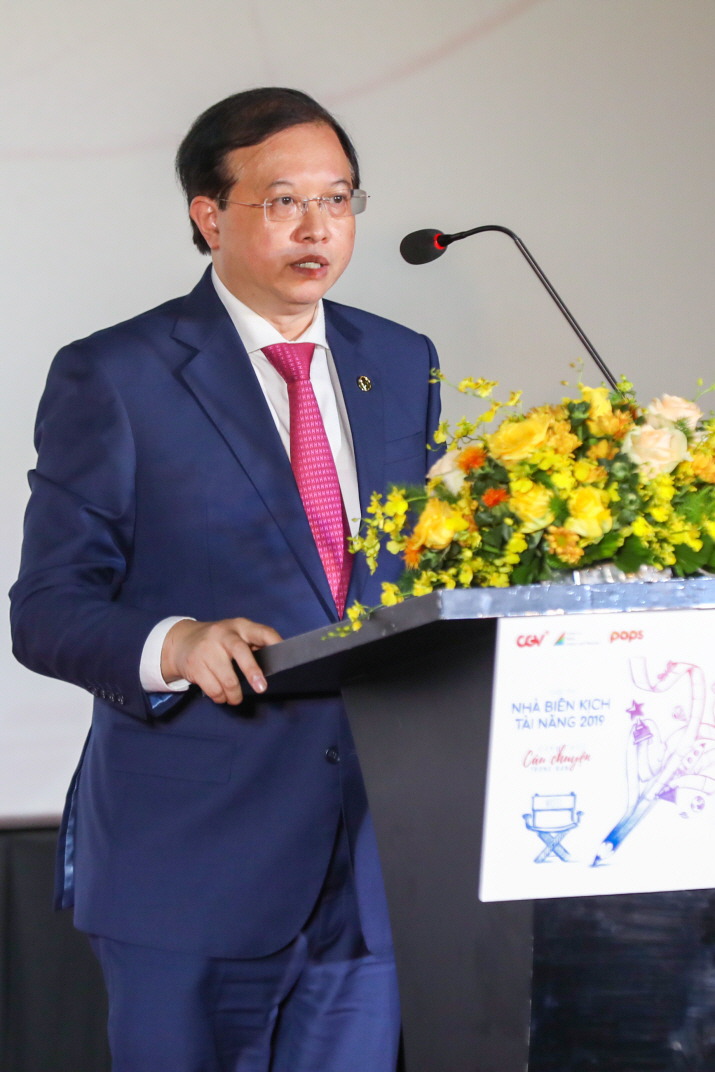 ▲ Vietnam's vice minister of culture, sports and tourism Ta Quang Dong is delivering a congratulatory speech at the Scenario Competition 2019

Nguyen Tan Nhat, who wrote the script that won the grand prize, said, “The contest provided a precious opportunity to me who aspires to be a screenwriter. I’d like to thank CGV for holding the Scenario Competition and also to my mentors for their constant advice.” Vietnam's vice minister of culture, sports and tourism Ta Quang Dong said, "Discovering excellent screenwriters is very important to the growth of Vietnam’s film industry. In this regard, I think CGV’s Scenario Competition which realizes that for us is a very meaningful program.”

Subsidiary head Shin Jun-Bum, who overseas CJ CGV's Vietnamese business, said, “I am thankful that young talented Vietnamese screenwriters have been actively joining the Scenario Competition each year with great interest. With four of the 12 scripts pitched this year having already signed an MOU with a film production company, we will continue to support young Vietnamese screenwriters with the aim of providing Vietnam’s movie audiences with good movies.”

CJ CGV awards the winner of the grand prize with prize money of 3 million KRW and provides them with the opportunity to be trained at Vietnam’s film training center Xinê House for free for a year. On the other hand, the second placer is given prize money of 2 million KRW; the third placer, 1 million KRW; and the fourth and fifth placers, prize money of 500,000 KRW each. Also, the top 3 finalists will be invited to South Korea in December to take a tour of film production sites throughout the country. In addition, CJ CGV also gives each finalist a special admission ticket with which they can watch movies at CGV theaters in Vietnam for free for a year, as well as the opportunity to attend advance screenings and CGV's film-related events.

Meanwhile, CJ CGV invited the top 3 finalists at the Scenario Competition 2018 to South Korea in January and provided a meaningful opportunity for them to take a tour of Korean theaters and meet with Korean film industry officials. During the schedule which lasted four nights and five days, the top 3 finalists met with CJ ENM-sponsored O’PEN screenwriters and professor Cho Geun-Sik from the Korean Academy of Film Arts to hear about South Korea’s film industry and its screenwriter fostering system. O'PEN is CJ ENM's social contribution project that aims to invigorate the drama and film creation ecosystem and help aspiring screenwriters launch their careers. The top 3 finalists watched the movie “Young-ju” directed by Cha Seong-Deok and met with the director to hear directly from him about filmmaking processes from screenwriting to film production. Aside from this, they also took a tour of CGV Yongsan I'Park Mall to learn about cultureplexes.