CJ chairman Jay-hyun Lee attended the opening ceremony for CJ The Center, held on May 3, and asked the attendees to embark on a new mission to help form CJ as the world's No.1 life-culture company that lasts 100 years and even more.

Chairman Lee emphasized that if CJ's Namsan era prior to CJ The Center was considered a time when the company established its group portfolio and laid the foundation for future growth, in this new era, CJ should grow to become the center of the new phase of the world by making full use of unlimited growth opportunities available on the global stage.

CJ chairman Jay-hyun Lee set up a mission to make CJ become the world's No.1 life-culture company that takes a leading role in building the future 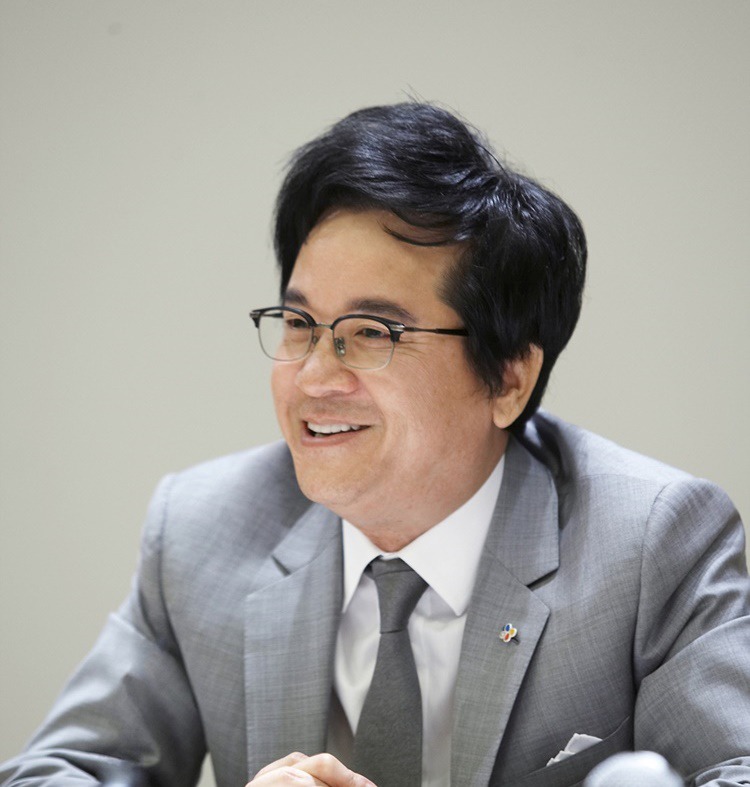 "Now, CJ's market is considered to be the whole world, and our competitors are the world's top companies. If all members of CJ join forces together, CJ The Center will grow to become the center for building the future for the world’s leading life-culture company through a journey of creation."

CJ chairman Lee emphasized the realization of dreams and visions, citing a strong yet gentle culture as a core organization focus

At the opening ceremony, chairman Lee cited the adoption of a strong yet gentle culture as a core organizational focus is necessary for writing a new history for the company, in which the members fulfill their goals with a sense of responsibility and desperation while constantly evolving and innovating themselves.

"We need to realize our dreams and visions by equipping ourselves with unrivaled capabilities based on a new and renewed determination and internalizing a strong yet gentle culture, which is essential for winning in competition," he said with enthusiasm.

Lee also ruminated over the significance of the company's growth in the past 20 years, reminiscing about 1996, when CJ constructed its first office building.

He said, "Since settling into this place, we have been carrying out numerous forward-looking projects under the motto of Contribute to National Advancement through Business Patriotism. We have built CJ as we know today based on passion and an adventurous spirit unafraid of failure, and with a desperate mindset where not continually forging ahead for growth means being left behind." 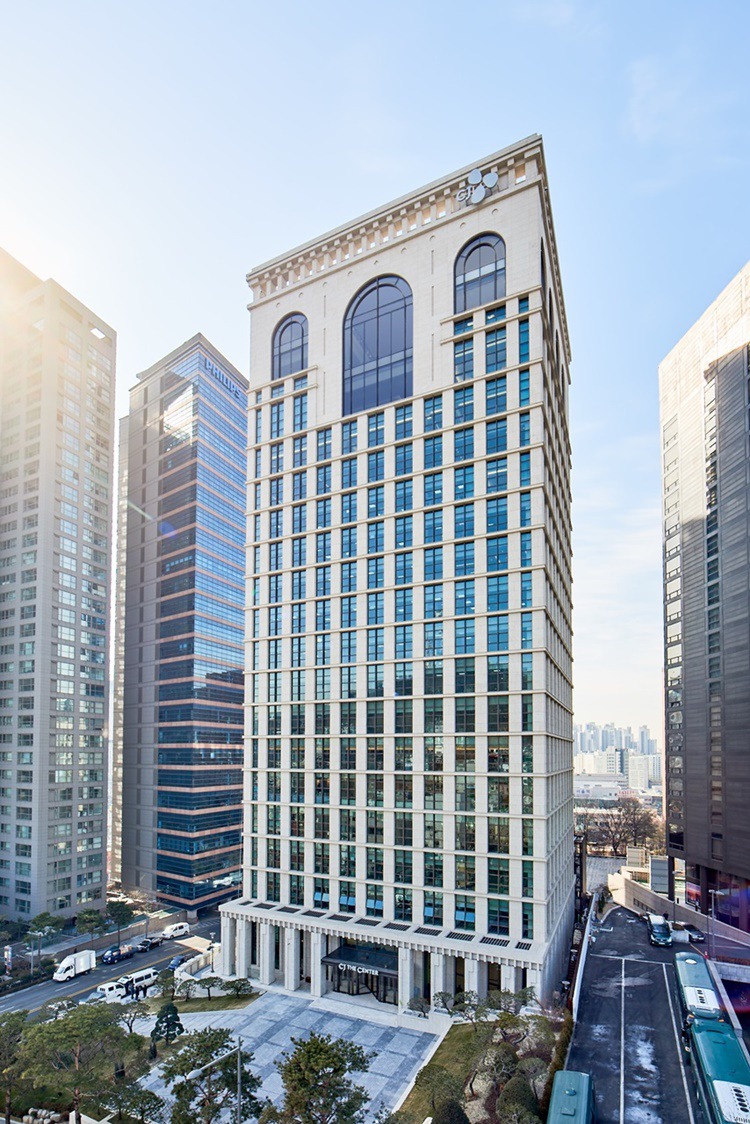 ▲ Full view of CJ The Center

In fact, since the launch of CheilJedang Group in 1996, CJ has established its four major business divisions of food, biotechnology, new distribution, and entertainment & media, growing from a food company into a life-culture company. Sales grew nearly 40 times, and the number of employees has increased from about 6,000 to around 60,000.

The opening ceremony on the day was held as an internal event to commemorate the official relaunch of CJ The Center whose remodeling had recently been completed, and it was attended by about 240 people including CJ chairman Jay-hyun Lee, the CEOs and key executives of each affiliate of CJ, and members of CJ Corporation.

An office building of CJ's with 19 floors above ground and two underground levels, CJ The Center heralded a second Namsan era for the company in February when the company's move back into the building was completed. The lobby of the building lobby features a space depicting a seated figure that signifies inheritance of the philosophy of former chairman Byung-chul Lee, as well as a large art wall signifying limitless growth called "Accumulation ∞," which was created using tens of thousands of sheets of paper.

Ahead of the event, Harvard Business School professor Gary Pisano was invited to give a special lecture to executives on the theme of innovative organizational culture

Ahead of the opening ceremony, all executives of CJ including the CEOs of the company's major affiliates sat in on a special lecture by Harvard Business School professor Gary Pisano.

Professor Pisano has published numerous papers based on over 30 years of his research on corporate innovation, competition, and growth and is an internationally esteemed scholar with rich consulting experience spanning a wide range of areas, including traditional industries such as automotive and aviation, and entertainment and biotechnology.

In his lecture on the theme of the innovative culture of one of the world's leading companies, Professor Pisano said with emphasis, "True innovation is achieved based on strict rules that may tolerate the failures resulting from bold experiments but never condone incompetence. There is a paradox that the more horizontal an organization is, the stronger the leadership it requires."