Global fusion and convergence content commerce company, CJ ENM, and its world-first game channel OGN is launching a new game league and pushing for e-sports acceptance of various game genres. Following last year’s launch of the largest dedicated e-sports stadium in the western region of the United States, CJ ENM plans to become the global leader as the multi-esports business by continuing onward with domestic investments.

As the world’s first game channel, OGN is set to launch a new game league in May 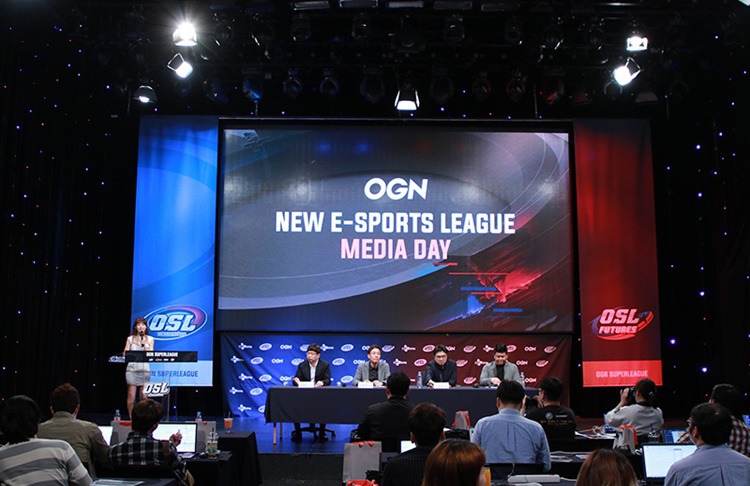 ▲ Thursday, 24th, on site at the production announcement for OGN Super League and OSL Futures

On Wednesday, 24th, CJ ENM and OGN revealed their ambition at the production announcement for 'OGN Super League & OSL Futures' that was held at Seoul OGN e-Stadium by stating “with the beginning of a new e-sports league, not only for PC online games but for fighting, puzzle, and racing games on console, mobile, and VR platforms, we aim to elevate various game genres to their own e-sports events in order to add variety to league events within the domestic market."

Inaugurating on May 24th, 'OGN Super League and OSL Futures' leagues are new e-sports league brands that will discover new game events with great potential from within the e-sports business, giving them a league format to fuel their growth. 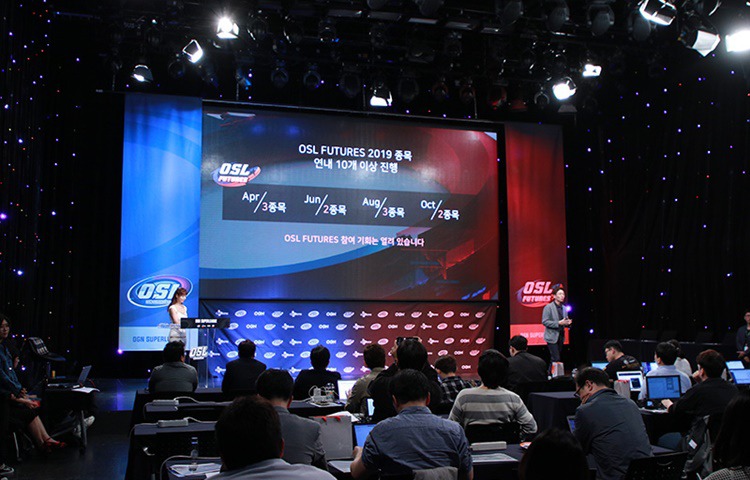 This year, with games like Puyo Puyo e-Sports, Tekken 7, and DotA Autochess, they plan to draw a wider audience to e-sports, even including those who find games difficult to play, and to foster an environment where developers and publishers can easily begin their e-sports events. "Through OSL Futures, the boundaries of our e-sports league will be expanded, and at the same time, proven events will be promoted to OGN Super League so that they can become the next best e-sports with the help of aggressive investment," a representative from OGN mentioned.

In addition, SuperRace, the premier motorsport competition in Korea that has received support from CJ Group since 2006, will get its own e-sports title named Super e-Race, to be included in the ten e-sports lineup for 2019. In a move that acknowledges the growth potential of this endeavor, the domestic PlayStation® provider, Sony Interactive Entertainment Korea, is participating as a platform partner, and LG Ultragear is the title sponsor for OSL Futures league.

"Since OGN's beginning in 2000 as the world's first dedicated game channel, the solitary enjoyment of gaming has been turned into everyone's e-sports. We aim to introduce various platforms, such as mobile, console and VR, and genres of e-sports events through investment into the new e-sports league, thereby broadening the appeal of e-sports to a greater audience,“ said Kim Kwanyoung, the director of CJ ENM e-sports division.

As CJ ENM's game channel, OGN has been recognized for the past 19 years as the world's first and best exclusive game channel, pioneering e-sports contents and garnering admiration from the youths worldwide as the forerunner of e-Culture. Since their opening in 2000, they have produced over 500 global e-sports leagues and events thus far, broadcasting over 3,000 hours of contents every year with the annual live streaming viewership of 200 million views.

Last year, a dedicated, 3,200 square meter e-sports stadium and studio were launched in Manhattan Beach, LA, producing and distributing e-sports coverage and variety contents. Including a producer who has worked in e-sports production for over 15 years, 10 core OGN staff from production and business affairs are working from the location. All available human and material resources are being directed to the promotion of both the domestic and international e-sports industries.