‘ScreenX’ is a new innovation and driving force for the movie industry!

“Are you watching, Freddie?” ▲ A person whom Freddie will be thankful to in heaven, PD Se-gwon Kim of CJ CGV ScreenX Studio

ScreenX is not unfamiliar to people who frequently go to the movies. It is a special multi-screen theater that CJ CGV introduced back in 2012 for the first time in the world. The left and right walls are used as screens as well as the existing center screen. Three screens are used to project the imagery. As a result, viewers are sure to have fun watching the movie, and the messages of the director are effectively conveyed to them. People who watched the ScreenX version of 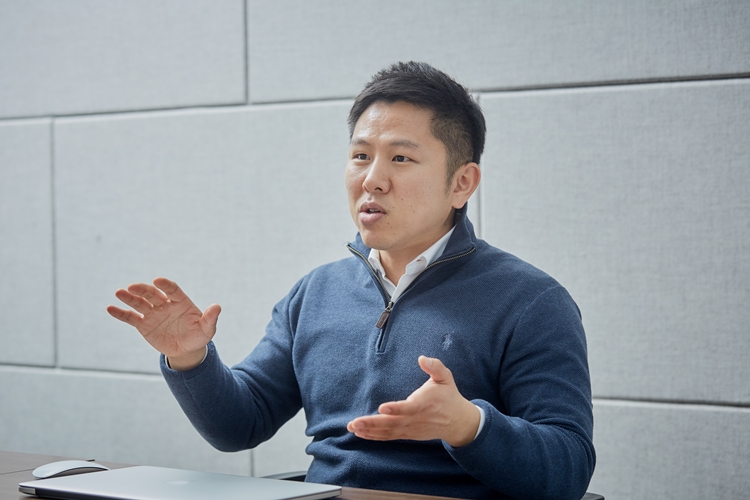 ▲ Queen’s masterpieces were weapons to me.

- He watched the movie 30 times, and revived ‘Queen’ through 3-screen imagery and their masterpieces 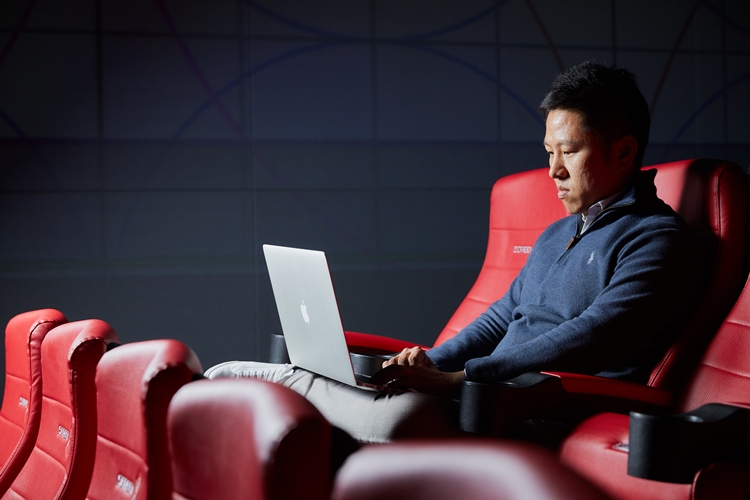 ▲ No matter how many times I watched

"It differs from movie to movie, but perhaps because a movie is a complex form of art, it was fun to watch every time. In particular, it was really interesting to discover what looks new each time, such as the facial expressions of the characters in

20th Century Fox was like-minded. They really liked what they saw during the previews for interim inspection. They were really grateful that he created scenes much better than they thought. Feeling encouraged, PD Se-gwon Kim completed the ScreenX version that enhanced the viewing of The number of Korean viewers who watched this version, created by PD Se-gwon Kim, exceeded 1 million (as of January 6).

"With a song which induces people to participate, like ‘We Will Rock You,’ I inserted people clapping or stomping their feet in a split screen. When ‘We are the Champions’ was sung, I showed the various facial expressions of people who react to the actions of Queen."

Each scene is like his own child to him, but there must be a scene that he likes the most. I asked PD Se-gwon Kim, and he picked the ‘gay club scene.’ He wanted this scene to make the viewers feel sucked into the gay club like the hero regardless of their will. To bring the dreamlike and decadent feeling to life, he used red light and cigarette smoke, and it created an exquisite sense of unity with Queen’s music ‘Another One Bites the Dust.’

"I think the peculiar pleasure of the music went well with the imagery. It’s as if you are listening to music with your eyes as well as with your ears in this scene."

-‘ScreenX’ is now taking off! PD Se-gwon Kim and movies are inseparable. After attending a film school in the US, he worked as a PD in a documentary studio for 5 years. Then he returned to Korea, and he joined CGV through an introduction by an acquaintance. Having started with

"I learned a lot from

As he made such efforts, opportunities came to him early. In general, the Hollywood studios provide only the final cuts, but he received additional images of

The development of ScreenX production and the expansion of its reach make PD Se-gwon Kim and his team feel rewarded, and is greatly helping to invigorate the domestic CGI industry. To produce the imagery for the two screens next to the center screen, CGI work is essential. To make high-quality CGI works within the given time, PD Se-gwon Kim is working with domestic CGI companies to make outcomes that fit the tone and manner of the originals. Continuous collaboration stabilized the revenues of CGI companies, and naturally led to sharing technologies with Hollywood studios. To maintain this relationship, and improve CGI quality at the same time, he developed a habit of watching attentively for the domestic CGI company’s name in the ending credits when he is watching a local movie. Now let’s take a look at contents. Come February, the number of ScreenX theaters in Korea and abroad is expected to exceed 200. The number of platforms is increasing, but corresponding contents must be supplied efficiently before ScreenX can develop further. If things go wrong, it may go down the road of past 3D movies that became very popular after

To develop contents that are optimal for the ScreenX version, the ScreenX Studio Team is now focusing on a project, the musical animation ▲ With the mindset of pioneering a new way, I will work hard for the development of ScreenX in 2019 as well.

"Every year, the number of ScreenX version movies is on the rise. My ultimate goal is to make a structure for greater efficiency by increasing the role of partners and enabling them to work independently. The process is tough, but I must work hard to help the development of ScreenX as if I were pioneering a new road. Now it’s just beginning. (Haha)!"

ScreenX is the result of innovation. And it is quite encouraging that the attraction of ScreenX is recognized not only in Korea, but also abroad, such as with Hollywood studios, using technologies that have never been tried before and new imaging effects. He persevered for three years, and the efforts, after he witnessed the potential of ScreenX and worked hard, are now producing results. I can hardly wait for another ScreenX movie that will succeed to the same heights as

Previous
From sponsoring players to attracting THE CJ CUP! We met up with Yoo-sang Kim