The 2018 Chinese Youth Short Film Screening, which presented the 7 winners of the Chinese Korean Share Your Dream Short Film Festival, was held at CGV Myeongdong Station Cine Library. It was an opportunity to introduce Chinese short films to the Korean film industry. I am itching to know what directors’ films won at the festival. Now, let's delve into the unique stories of young Chinese directors. 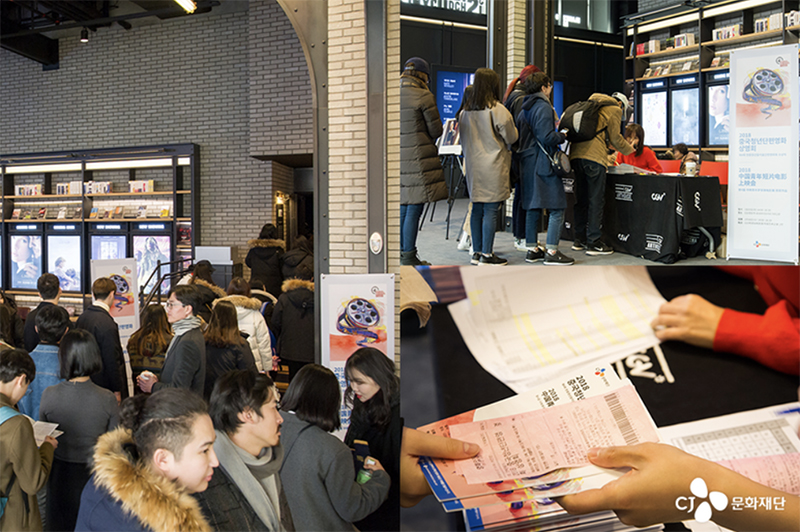 This past December, the 4th Chinese Korean Share Your Dream Short Film Festival was held with great success in Beijing, China. The Chinese Korean Share Your Dream Short Film Festival has been hosted by CJ Culture Foundation since 2014, and the purpose of the festival is to promote friendship between South Korean and China through cultural exchanges and the embracing of dreams of young Korean and Chinese directors aspiring to break into the film industry. The directors who have won at the festival are given the opportunity to experience the Korean film industry through the training program in Korea, which serves as an important avenue for these young directors to grow one step further. 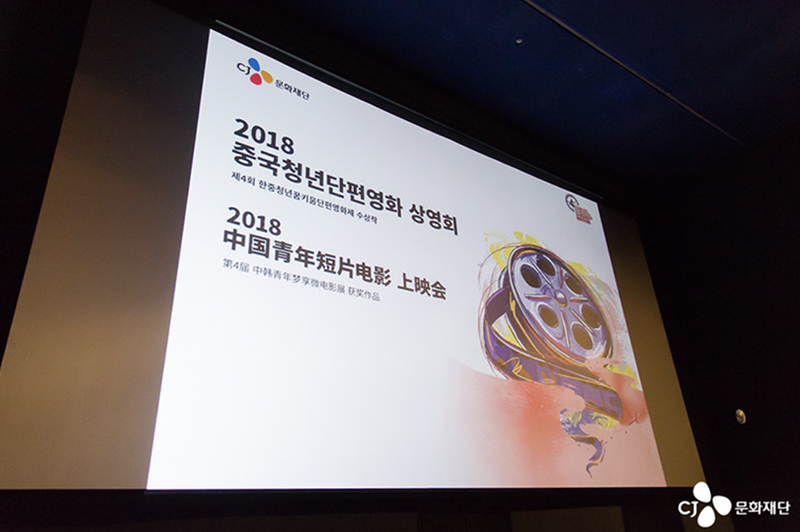 The “2018 Chinese Youth Short Film Screening” took place while the training program was being held in Korea, and it provided an opportunity for the Korean public to experience a variety of short films directed by the winning directors. As well as watching the films, the screening also provided an opportunity for the audience to engage with the directors. The audience for the screening was drawn through an application event on the website of CJ Culture Foundation.

The eyes of the audience who filled CGV Myeongdong Station Art Hall 2 gleamed with expectations for the 2018 Chinese Youth Short Film Screening. There were many people throughout the audience who wondered about the unique stories to be told by the young Chinese directors. There were also people checking the film synopses by carefully leafing through the program book. 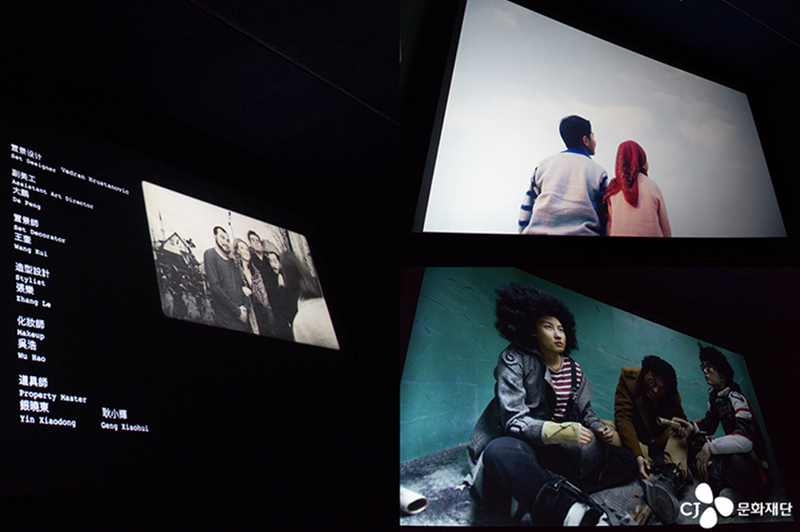 The screening was divided into part 1 and part 2 and screened a total of 7 films. Part 1 featured “Rescue” by Wuerkun bieke, “Invisible Kingdom” by Liu Mingshan, “Last Cut” by Han Shuai, and “Yellow” by Wang Peng, while part 2 showed “Dead End” by Guo Jinbo, “Storybook” by Xie Xin, and “Gone with the Wind” by Long Ying. 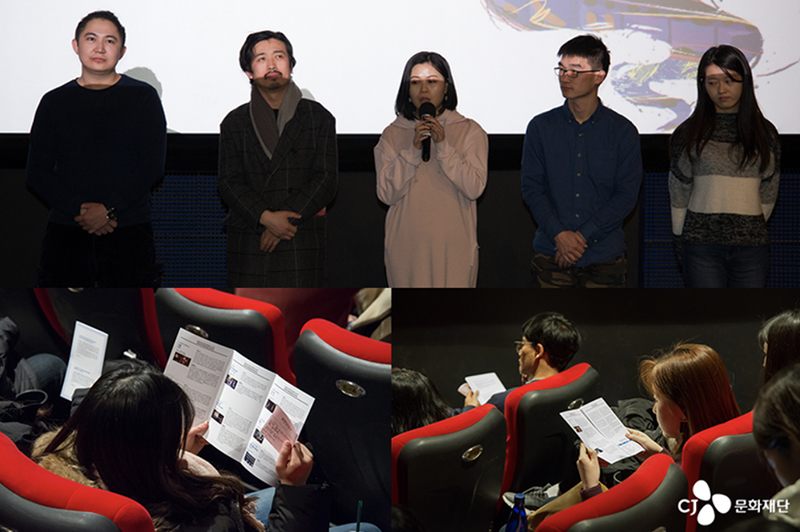 After all the films at the 2018 Chinese Youth Short Film Screening were shown, a lively discussion between some of the directors and the audience commenced. It would have been better if the audience had been able to meet with all seven directors. However, director Liu Mingshan who directed “Invisible Kingdom” and director Xie Xin who directed “Storybook” could not participate in the talk for personal reasons. The other five directors joined the discussion with the audience, hosted by Cine 21 reporter Chang Yeong-Yeop. 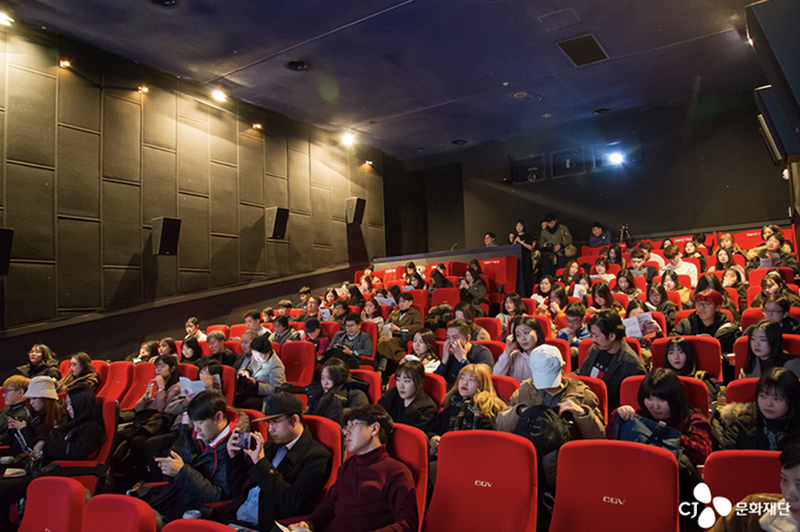 A. First, I’d like to thank CJ Culture Foundation for giving me the opportunity to visit South Korea and learn and interact here. I also feel fortunate to have experienced and learned a new culture through this exchange. Personally, I like Korean movies a lot, so I wish I had the opportunity to meet Korean directors. - Director Wuerkun bieke

I hope to see short films directed by young Korean directors and students and have exchanges with them about short films in particular. I am also a fan of Korean movies. It was good to actually see the places and scenes I saw in Korean movies in person. - Director Han Shuai 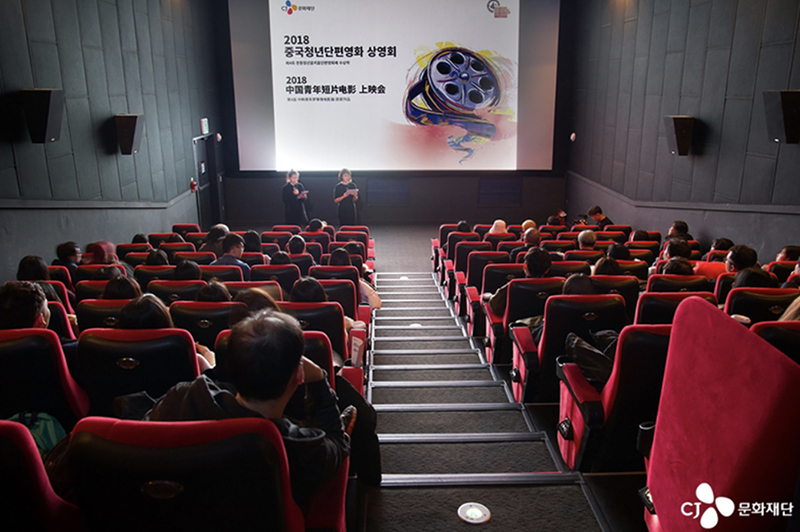 Q. What was your intention when you started making this film?

A. “Yellow” is my graduation work. I was interested in enclosed spaces, so I thought about using the elevator as the subject. I made the film based on the question, “What would happen if there was a bomb in an elevator?”. - Director Wang Peng

I ascertained the ideas for my film from the stories my friends and acquaintances told me. I searched for and hired an actor reminiscent of Song Kang-Ho in order to make the scale of the movie feel bigger. Although I didn’t major in film like the other directors, I didn’t give up on my dream of working in film, and an opportunity finally came to me. - Director Guo Jinbo

This film tackles small events in everyday life, but I wanted to say some things through those small events, and that is what motivated me to make this film. - Director Long Ying 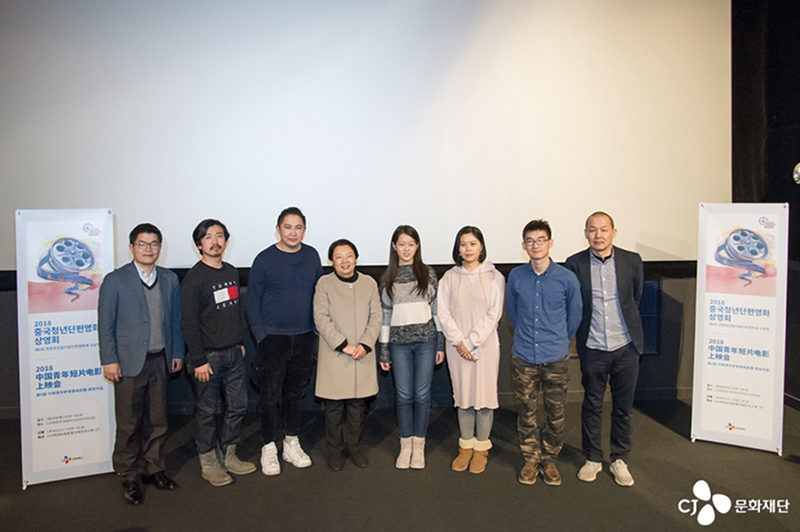 The 2018 Chinese Youth Short Film Screening ended with great success. The screening provided a good opportunity to witness the current stature of Chinese short films. Going forward, CJ will strive to make Asia the center of the global movie industry, and here’s hoping that CJ will discover many young directors and in turn further invigorate cultural content exchanges between China and South Korea.