The power of R&D! CJ CheilJedang achieves No.1

What CJ CheilJedang first brings to mind must be familiar food brands, such as “Beksul,” “Hetbahn,” and “bibigo.” Overseas, however, Korea’s No.1 food company CJ CheilJedang is known more as a leading bio company. At present, CJ CheilJedang is the only company in the world that produces amino acids for the five major feeds using eco-friendly bio fermentation techniques and is the world's leader in sales of amino acids, with its finished products exported to over 80 countries around the globe. Although a latecomer in the bio industry, CJ CheilJedang has grown into an unrivaled global bio company by quickly catching up with the technologies of the world’s leading bio companies, which they developed and acquired over the decades. CJ CheilJedang is now turning its attention to the market for functional amino acids, which are used as raw materials for health foods and cosmetics. If CJ CheilJedang has been focusing on technology development and production so far, this new move indicates the company’s determination to head forward towards infinite possibilities in the future. Now, we are going to take a look at the past, present, and future of the bio industry through the future vision of CJ CheilJedang, which now stands tall as the world's leading amino acid company.

All living things are made of proteins, and a protein consists of approximately 20 amino acids. Some of these amino acids are not synthesized in the body and therefore must be supplied externally, and they are called essential amino acids. Synthetic amino acids are produced through the fermentation of excreta that microbes discharge after consumption of sugar, and the type of acid produced varies depending on the type of excreta and its manipulation method. Producing amino acids in this way makes it possible to reduce the amount of excreta from livestock while using a smaller amount of feed for the livestock, killing two birds with one stone so to speak. Experts say that the use of lysine makes it possible to plant corn and other crops on soybean-cultivated land and thereby helps solve the problem of food shortages facing mankind. In addition, the use of amino acids in animal husbandry can also reduce the excessive amounts of proteins used for conventional feeds, which in turn can reduce contaminated excreta from livestock. There are also various other kinds of amino acids; for example, there is tryptophan, whose tranquilizing properties make it suitable to use as an additive for feed used for livestock raised under stress in factory farms. And there is also arginine, which is known to reduce body fat and help develop chest muscles, and valine, which helps pigs develop their mammary glands. Amino acids, which are garnering attention as a future growth business that can contribute to solving food shortages facing mankind and environmental problems, have developed into the green bio business.
In particular, as the demand for feed is rising due to the global trend of increasing meat consumption, green biotechnology is revolutionizing the food industry and is growing as a high value-added business. CJ CheilJedang is leading the future by playing a key role at the center of all these changes.

CJ CheilJedang, an established food company, began to see its DNA evolve as they ventured into developing lysine in 1988, one of the essential amino acids for feed. The company thought that its new endeavor was worth a shot given its know-how in fermentation technology which it acquired through the successful development of food condiments such as MSG and nucleic acids. However, the prospects were not so bright as companies from advanced countries such as Japan's Ajinomoto were dominating the market at the time. After CJ CheilJedang succeeded in developing new, high-yielding strains in 2008, things took a new turn. In addition to acquiring highly productive strains, which are one of the key factors in determining a bio business’s success, CJ CheilJedang also began making aggressive forays into the Chinese market, which until that time, global players had been reluctant to engage in due to risks factors. CJ CheilJedang emerged as the world's No. 1 lysine producer in 2013, which it followed with claiming the world's No.1 spot in the production of tryptophan and then valine, two other essential amino acids for feed, achieving the triple crown. And over time, CJ CheilJedang has grown into the only company in the world that produces all five major amino acids for feed, namely methionine, lysine, threonine, tryptophan, and valine. What made it possible for CJ CheilJedang to raise the cost-competitiveness of its lysine and develop new excellent strains and in turn overcome the limitations of the food business, which is known for having slow growth rates and poor profitability, was its preemptive R&D investment. After acquiring competitiveness in lysine, the company began strengthening R&D in other sectors as well.

CJ CheilJedang has been striving to enhance its technology through preemptive investment, and its adventurous spirit and commitment are forming the firm basis for ushering in a new bio era. 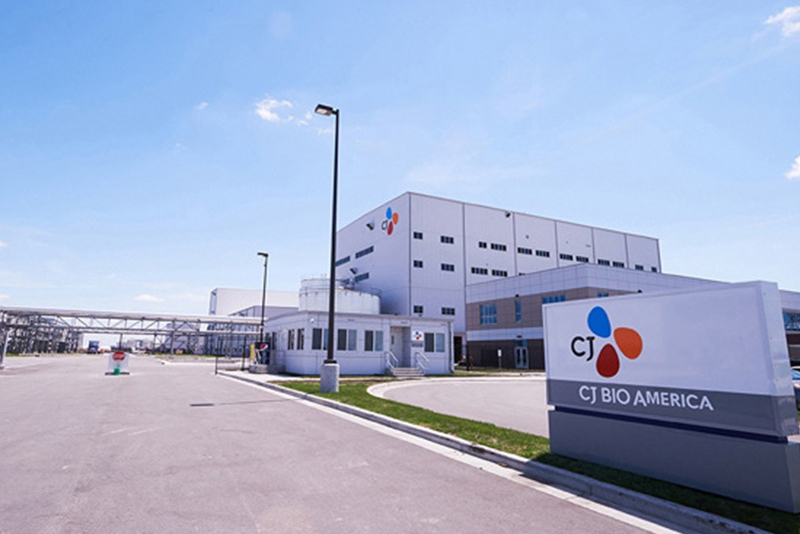 The bio business, which involves various industrial materials that can replace chemicals, possesses unlimited potential, making it possible for a company to expand from feed into advanced pharmaceuticals using the same raw materials. However, as this business deals with new technology and new materials, a company involved in this business has to bear the great difficulty of forecasting future uncertainties and reducing risks. As it has risen to the world’s No.1 in its field through non-stop development and research, CJ CheilJedang will continue to fulfill its role as a global company through continuous research and investment. I can't help but watch intently as to what bright ideas CJ CheilJedang will conceive of that will disrupt the market once again and how the coming future will turn out.

The adventurous efforts of CJ CheilJedang, which is both a lifestyle company that leads the food culture industry and a world-class biotechnology company, keep going on. CJ CheilJedang leads change and approaches tomorrow faster than any other company, as a first mover who leads the market, not as a fast follower who merely follows the market.

Let's sending out loud cheers for CJ CheilJedang in support of its efforts to go beyond the limits of a mere food company and evolve into a comprehensive biotechnology company.

Previous
Beyond Joy into Newness