Approximately 48,500 spectators flocked to KCON 2017 JAPAN, which was held by comprehensive contents company CJ E&M at Makuhari Messe, Chiba Prefecture, Japan for four days from May 19 to 21 to spread K-Lifestyle. 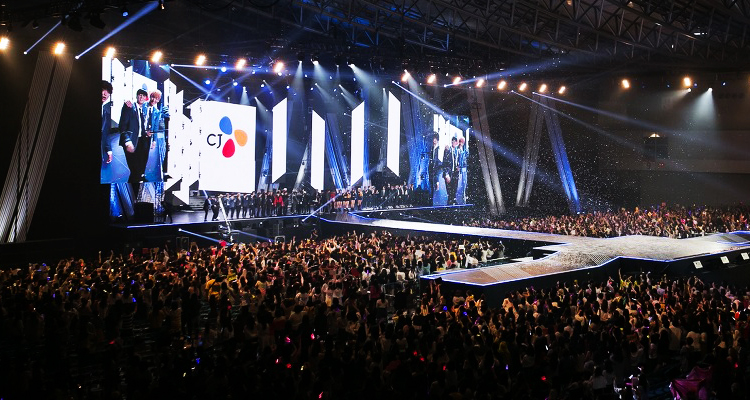 CJ E&M has been running KCON, the world's largest comprehensive Korean Wave festival, in North America, Central and South America, the Middle East, Europe and Asia 13 times since 2012 for six years in a row.

In Japan, the company has expanded the number of events every year since 2015. The KCON event which was held for two days in Japan last year was held for three days this year. The concert which was held twice last year was held three times this year. Convention programs which focused on specific genres such as K-Pop were also diversified to let participants broadly experience Korea's lifestyles. The number of programs more than doubled from last year.

For three days, 500 cultural artists of 146 teams and 122 companies and organizations took part in the larger-scale KCON 2017 JAPAN with more genres. The event attracted an audience of 48,500 fans.


- Broad experience of K-Lifestyle including K-Pop,
K-Food and K-Beauty 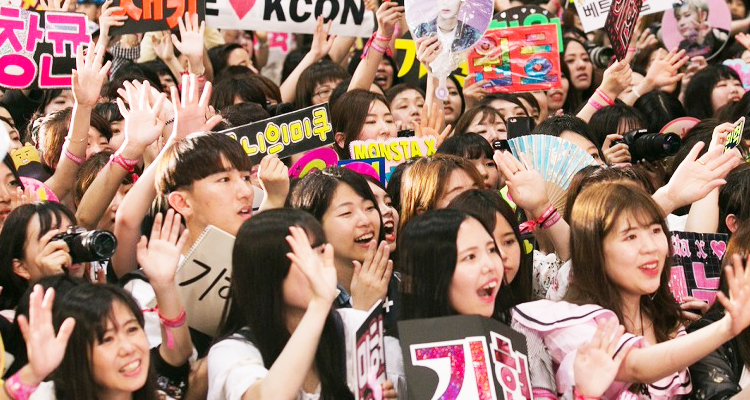 In particular, ‘KCON 2017 JAPAN’ was able to prove its sustainability in Japan which was the first overseas country from which the Korean Wave began and one the world's three largest content market, as many Japanese fans of the Korean Wave in their teens and twenties visited the event. Audience members sampled Korean food, learned about Korean cosmetics, enjoyed Hanbok fashion shows, and eagerly participated in the concerts of K-Pop artists.

The convention held daily from 10 am to 6 pm featured a showcase of K-Pop artists and Korean actors, a performance of a Korean traditional musical instrument called "Sohaegeum," a makeup show to make faces look small, a Korean Wave talk show by Japanese comedians, a traditional costume fashion show, a class to learn about how to make ‘Baesi Daenggi’ (traditional Korean pigtail ribbons for children), and a K-Pop cover dance festival among others. 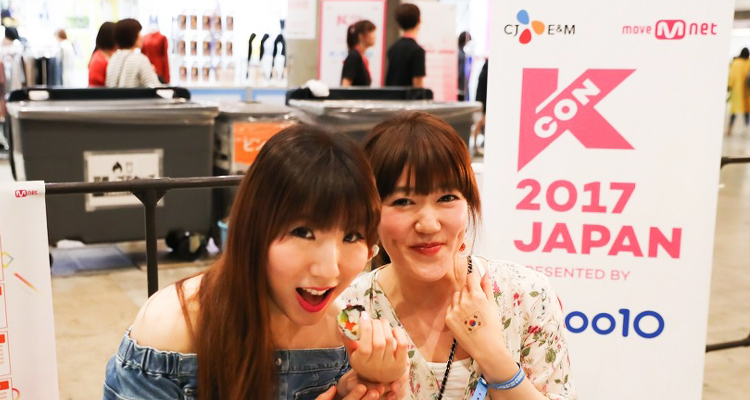 Government agencies such as the Korea Tourism Organization, the Korea Creative Content Agency and the Gangwon and Gyeonggi Provincial Governments also participated in KCON to further promote Korea. In particular, Gangwon Province and the Korea Tourism Organization operared a booth to promote the 2018 PyeongChang Winter Olympic Games in KCON for the success of the upcoming global event. They promoted Korea and the '2018 PyeongChang Winter Olympic Games' by running a booth for PyeongChang tourism and holding a promotion event for 30 minutes prior to the concert on May 19.

In order to help Korea’s small and medium-sized enterprises (SMEs) advance into the Japanese market, CJ E&M also held sales promotions and import and export fairs with the Korean Small and Medium Business Administration, the Industry Management Association, and KOTRA. 50 pre-selected SMEs met with Japanese customers at each of booths set up at the KCON Convention Center. On May 22, an import and export fair was held with the participation of about 150 Japanese buyers in the city of Tokyo. 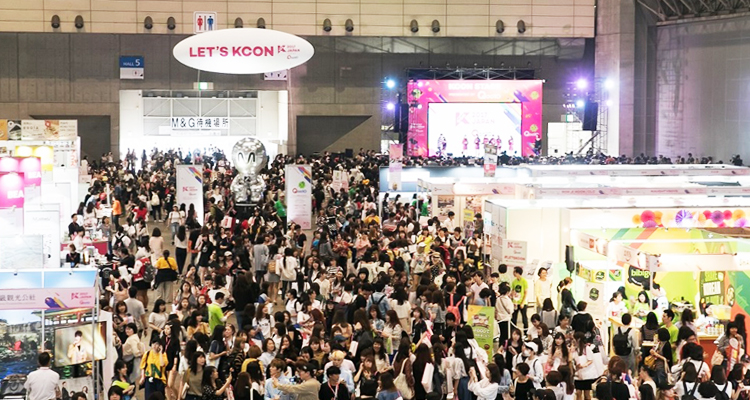 KCON also offered a wide variety of programs for teenagers who are familiar with digital technology. CJ E&M broadcast red carpet events live from 17:30 every day for free through the M2 Page on Facebook, and shared behind-the-scene videos of participating artists with fans around the world.

In addition, 20 YouTube creators, who are popular in Korea and Japan, participated in the convention program. They also introduced various savory dishes such as delicious Korean instant food, tips about studying in Korea, learning the Korean language, and cultural differences between Korean and Japanese couples. The event was broadcast live through 'Line Live' and produced as digital contents. On May 21, performances were put on by 'Block B', 'CODE-V', 'GFRIEND', 'K.will', 'PENTAGON', 'SEVENTEEN', 'Boy 24 UNIT BLACK' and 'WJSN'. Fans who filled the 10,000-seat venue for three days were elated with the festival, singing along in Korean, standing up from seats and dancing.

"Now, the Korean Wave is spreading not only Korean music and TV dramas but Korean lifestyles such as Korean food and fashion," said Shin Hyung-Kwan, head of the Music Contents Division at CJ E&M who was in charge of KCON. “We will boost K-Lifestyle’s competitiveness and take the initiative in leading Korean culture to the mainstream culture of the world continue by holding KCON which enables participants to broadly experience K-Lifestyle."

On the other hand, CJ E&M will hold KCON in New York on June 23 and 24, in XYZ for three days from August 18 to 20 and in Australia in September after Mexico in March and Japan in May.

Next
CJ E&M to Publicize 'K-Culture' in Cannes!