CJ CheilJedang made a foray into the European frozen food market with its premium frozen Korean food 'bibigo', a global brand integrated with Korean food. 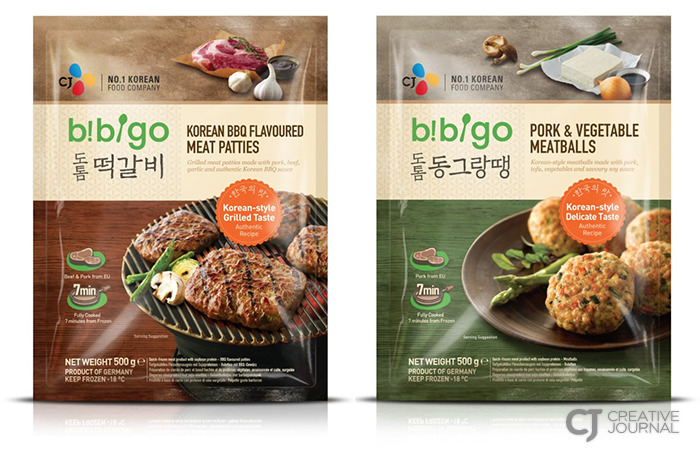 CJ CheilJedang has established a production system in Germany and started invading the European frozen food market on a broad scale with its strategy to capitalize on the demand for Asian food that has been steadily growing thanks to an increase in the interest in and the consumption of ethnic food in Europe.

The collective scale of frozen food markets in the six major European countries is estimated to be valued at 30 trillion won and the market for frozen ready-meals reaches 8 trillion won. Most locals prefer frozen foods that can be cooked easily. There is a significant consumption of products based on meat such as pork and beef in those countries. In addition, Asian supermarkets are expanding and their products becoming more diverse. For example, big Chinese supermarkets have grown 20% a year on average. CJ CheilJedang forecasts that Korean processed foods will be able to satisfy European consumers because they are easy to cook as well as taste good and possess good quality.

To this end, CJ CheilJedang selected two Korean food products, "bibigo Meat Patties" and "bibigo Meatballs,” both of which are delicious and convenient to cook as strategic products. Production of the products was entrusted to Mainfrost (Germany), a frozen food specialist in Germany by means of the Original Equipment Manufacturer (OEM) system.

Established in 1964, Mainfrost is a manufacturer with thorough hygiene management and strong competitiveness in manufacturing various frozen foods. The products are currently selling in major Korean and Asian supermarkets such as Hanaro Mart in Germany, H-Mart in England, K-Mart in France and Amazing Oriental in the Netherlands.

CJ CheilJedang will intensively disseminate to people in Germany, England and France with big ethnic food markets of the tastes and characteristics of its products and expand its business by directly producing dumpling products such as "bibigo Wang Gyoja (Dumpling)" from early next year.

Aside from Asian distribution channels, the Korean food company will open stores in various distribution channels such as Costco and quick-service restaurants that are popular among locals. The company aims to post more than 10 billion won in frozen food sales next year through this move.

"We made diversified efforts to tear down Europe’s trade barriers that block meat-containing products from being imported to Europe. As a result, we became able to directly produce and sell frozen Korean side dishes with Mainfrost,” said Seo Hyo-Gyo of CJ CheilJedang Europe. "We will strive to trigger a K-Food craze in Europe with our global strategic brand 'bibigo' through a dedicated and comprehensive localization strategy and continuous investment."