One of the new menu selections that Season's Table, which is an advocate of using domestic seasonal farm produce, launched at this time is [Pine Mushroom-flavored Lotus Root & Mushroom Rice], a dish topped with a medley of Songhyang mushrooms cultivated by farmer Kim Won-Seok from Eumseong, Chungcheongbuk Province. This dish also uses lotus roots supplied by farmer Kim Dong-Woo from Icheon, Gyeonggi Province, who has been supplying environmentally-friendly lotus roots and burdocks to Season's Table every autumn since 2013. 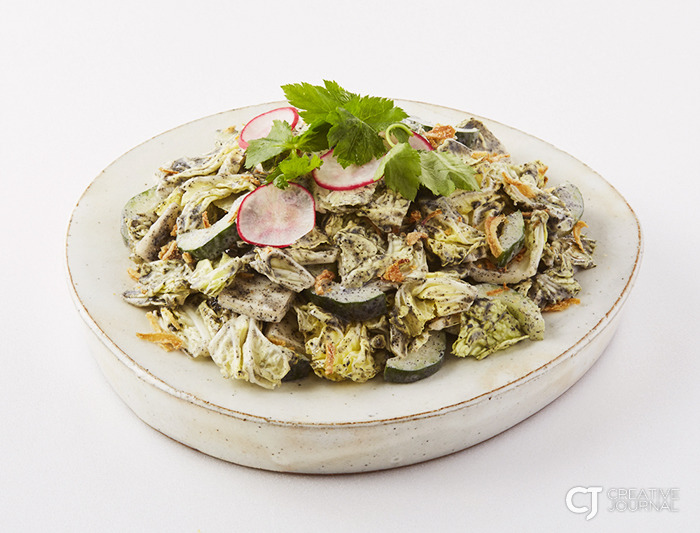 In addition, fresh dishes made of domestic seasonal farm produce, such as [Seasoned Autumn Korean Cabbage and Black Sesame Salad] and [Seasoned Cripple Barley & Wheat Salad] are also captivating both the eyes and appetites of customers.

"These new autumn menu selections are characterized by main dishes made of pork, chicken and octopus that are capable to draw the interest of gourmands everywhere, and dishes made from domestic farm produce are helping to balance the nutritional value," said a staff member of Season's Table. "There are also a variety of snacks and desserts on offer, including cheese corn, toast and caramel ice cream, and I am certain you will be able to enjoy a really nice meal here."

Launched in 2013, Season's Table is a Korean cuisine brand that pursues shared growth with farmers by continuously discovering seasonal domestic functional food and introducing it to customers.

Creating a new "Korean family restaurant" market, Season's Table has actively introduced various menu selections made of domestic seasonal farm produce in connection with many farms across the nation, taking the lead in utilizing domestic farm produce whose yield has been gradually declining over time.

The company also installed Season's Market, a direct transaction space for produce, both at the entrance of restaurants and in its online shopping mall so that farmers can promote over 80 kinds of processed produce, while communicating directly with customers. Season's Table is planning to gradually increase the amount of local produce available for purchase.

Next
CJ E&M targets the Vietnamese and Thai markets