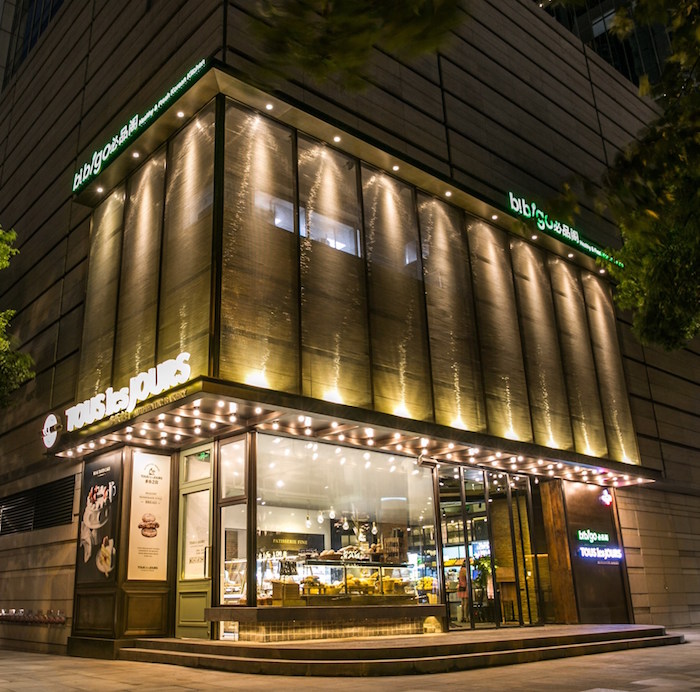 - Introducing the 'hit' dishes from Expo Milano to overseas markets for the first time. Expected to promote the excellence of Korean food culture throughout the world. - Launching bibigo and Tous Les Jours stores simultaneously in a large complex mall on West Nanjing Road, a hot commercial district in Shanghai.

By opening bibigo and Tous Les Jours stores simultaneously on West Nanjing Road, a core commercial hub of Shanghai, China, the company was expecting that it would be able to test the potential of its complex model in its early stages while elevating the status of Korean restaurant brands in China.

Jing An Kerry Centre, a complex mall in which bibigo and Tous Les Jours opened their stores this time, is located on West Nanjing Road, one of the top consuming business zones in Shanghai. The area possesses huge geographical advantages: a large floating population with subway lines 2 and 7 passing through the Centre’s adjacent subway station and features a concentration of offices and residential facilities. TheTous Les Jours and bibigo stores are located on level 1 and 2 respectively in the same corner of the mall. CJ Foodville, who launched the stores of two brands under a complex concept in this major business artery of Shanghai, expects that it will be able to significantly elevate brand awareness and favorability from Shanghai.

First, bibigo Jing An Kerry Centre is the second bibigo restaurant in Shanghai and opened it roughly one year after the launching of the first one in the city last September. The new bibigo restaurant features a new concept differentiated even from the existing bibigo restaurants in China. This new concept is part of the company's commitment to making bibigo an iconic premium K-food brand, considering a large high income population in the area and the competition with other fine dining restaurants. 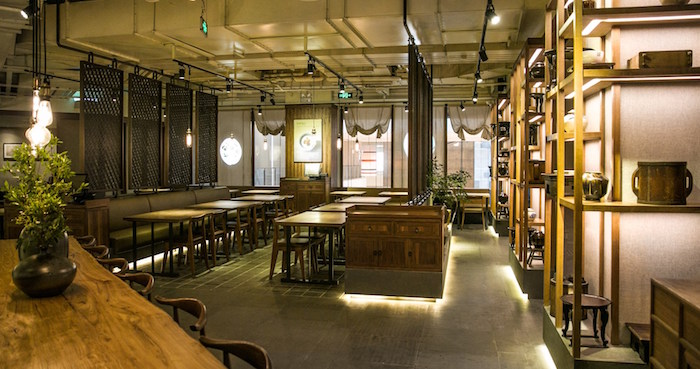 The new restaurant features carefully designed interiors. Traditional pots, windows and roof tiles add to the Korean traditional style of the restaurant, and hardwood cabinets and tables create a refined and sophisticated mood. The new restaurant also offers new dishes. In particular, the restaurant serves some hit menu selections from the Korean Pavilion at Expo Milano 2015, including "Bibimbap Meal" and "Japchae (stir-fried glass noodles and vegetables) & Kimchi Meal" for the first time among overseas bibigo restaurants. Whereas the existing bibigo restaurants in China primarily serve functional and fresh dishes, including bibimbap, bibigo Jing An Kerry Centre serves more premium offerings of seafood and meat grill dining as well as a variety of lunch special dishes including "Jeonju Bibimbap" and "Spicy Kimchi Stew Meal", considering the large population of working professionals in the surrounding area. 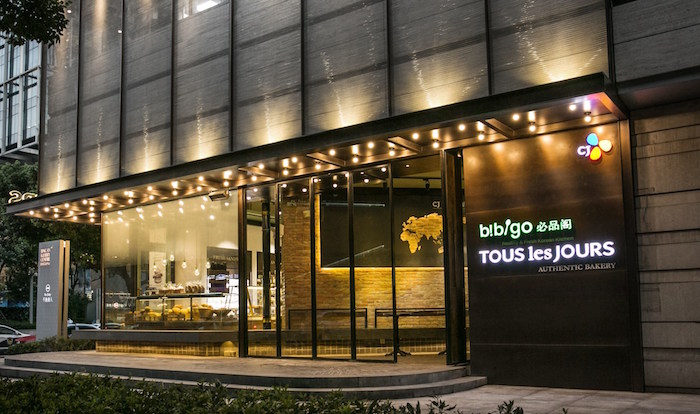 The Tous Les Jours Jing An Kerry Centre store is located on level 1 of the mall, providing easy access to the store from both inside and outside the mall and features upscale lighting and a refined exterior design to meet meticulous customer expectations in China. One distinctive feature of the new store is an inner juice bar that serves a variety of fresh fruit and vegetable juices. Tous Les Jours introduced the juice bar concept to secure a competitive edge over many other food and beverage brands and bakeries in the mall and meet the needs of Shanghai customers for freshly squeezed juices. The juice bar services a wide range of fresh squeezed fruit and vegetable juices, including Detox Juice and Balance Bottles targeting regular customers such as those in nearby offices. The bakery brand is planning to utilize this store as a test model to ascertain the feasibility of the entry of the juice bar into the global market. The brand also sculpted dishes to meet customer needs for any purpose and at any timeframe, including business meetings, refreshments and meals, by serving brunch menu selections and afternoon teas as well as breads. As the only premium bakery brand in the vicinity of West Nanjing Road, the differentiated Tous Les Jours Jing An Kerry Centre is expected to play a role as the brand's Shanghai base.

CJ Foodville set a goal of ranking among the top ten global restaurant companies by raising its global revenue share to account for over 50% of its total revenue by 2020. The company said that it opened the stores for the purpose of dramatically elevating brand awareness by opening stores of multiple brands in China, the key market for its growth plan.

"We have a plan to operate 1,000 Tous Les Jours stores and 130 bibigo stores in China by 2020, and expect that these new complex concept stores will become the driving force for this plan," said CJ Foodville. "We are determined to allow more people in China become aware of the excellence and potential of Korean restaurant brands through this."

CJ Foodville is currently operating over 290 stores of its brands such as bibigo, Tous Les Jours , Twosome Coffee and VIPS, in ten countries around the world.