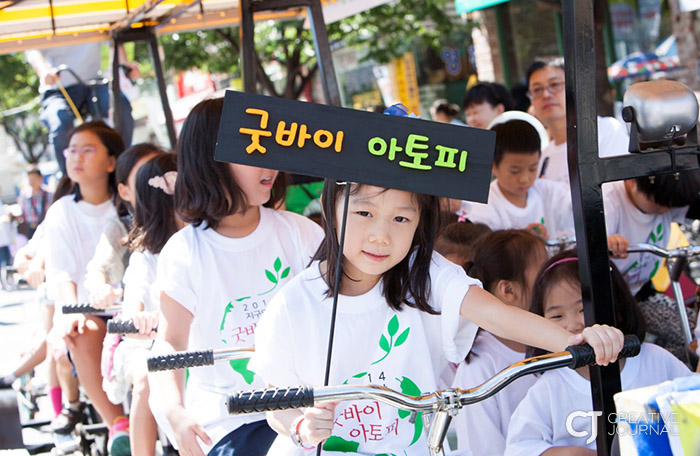 CJ CheilJedang donates 'BYO skin lactobacillus CJLP133' to a camp for children suffering from atopy and their families in the hope to help cure the skin disease.

The upcoming camp hosted by the Corporation Aggregate Korean Atopy Association is held at a camping ground near Yangju-si, Gyeonggi-do from September 3 to 4, with 40 families of preschool children who have atopy set to join the camp. CJ CheilJedang, which recently released 'BYO skin lactobacillus CJLP133,' has decided to donate the products to this camp to help cure the skin disease, showing a strong willingness to "bring hope to children suffering from itchy skin.”

At the overnight camp, children with atopy and their families will have a time for resting and healing surrounded by nature. Programs include a healthy cooking class for children who have difficulty even enjoying snacks, talks on atopy and lactobacillus, and recreation time. In the talks about atopy, Kim Bong-Joon, an inventor of 'BYO skin lactobacillus CJLP133' and a researcher of food research and development institute at CJ CheilJedang, will share a story about how he concentrated on lactobacillus research for his son, who also suffers from atopy.

Families hoping to participate in the camp can apply for it via the CJ CheilJedang homepage or Naver Happy Bean, where there is fundraising support from the Korean Atopy Association. This support is designed to help with the healing and recovery of the deteriorating relationship between children who have atopy and their parents. This is because children suffering from itchy skin can sometimes come to resent their parents for telling them to endure it.

“We hope that at the Goodbye Atopy Camp, children with atopy and their families can have a healing time in nature, even for a short time,” said Han Jung-Yeop, general manager of CJ CheilJedang’s health marketing department. “CJ CheilJedang plans to conduct and support various activities which will help atopy sufferers and their families with a sense of duty.”

CJ CheilJedang’s 'BYO skin lactobacillus CJLP133,' is a 133th lactic acid bacillus derived from Kimchi after seven years of research, and the first homegrown health and functional food to improve intestinal health and relieve itching. BYO skin lactobacillus CJLP133 has been registered for patents in a total of ten countries, including Korea, Japan, China, Hong Kong, Australia and European organizations, and received New Dietary Ingredient (NDI) status from the US Food and Drug Administration (FDA), which means that it has been officially proven to be safe around the world.

Next
Heroes behind the Covert Joint Operation changing