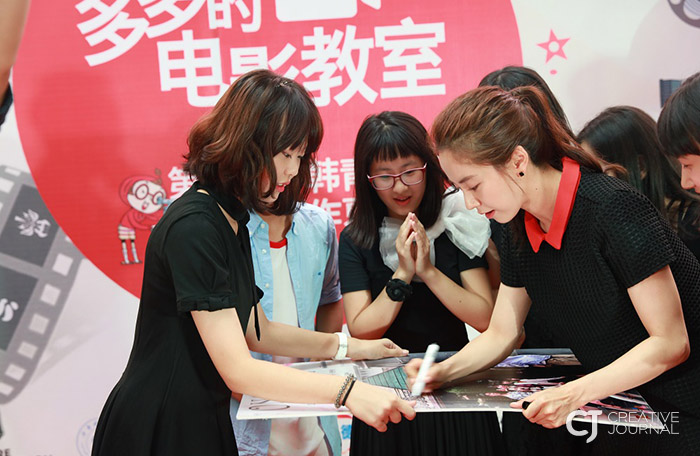 This year, Toto's Film Making Class was held in Yigong Xiao of University and CGV Chengdu Jinniu theater in Chengdu, China for nine days, from last July 29 to August 6. There event was attended by 42 adolescents full of enthusiasm for film who had been specially selected through open recruiting. They were divided into six teams with the support of mentors and each team completing a short film of 10 minutes. They all boasted hidden talents which they showcased during the filmmaking process, including scenario and script creation, shooting, editing, poster production, marketing and publicity.

On 6, the last day of the event, six of the films made by the students were screened in CGV Chengdu Jinniu MAX Theater. All these works show the brilliant ideas and unique imagination of the teenagers. Among them, the film "the God of Cooking", which told the story of chefs who realized the meaning of life by learning a legendary recipe, won the grand prize. Hu Chienming, one of the film makers, said, "I've always dreamed of being a filmmaker. Toto's Film Making Class showed me what I needed to do to achieve this dream."

Wang Si, deputy of Project Progress Center of China Communist Youth League's Chinese Young Pioneers, expressed, "Toto's Film Making Class, which celebrated its 6th anniversary this year, is a very meaningful event that promotes the friendship of teenagers in two countries and provides them with opportunities to achieve their dreams." In particular, this year's event invited actress Song Ji-Hyo, who has gained great popularity in China as a special mentor, which made the event more meaningful. Song paid a surprise visit to a local school, gave the students gifts and participated in a red carpet event designed to encourage students. "Young students scarcely have any opportunity to create a movie, and I'm happy to see them displaying their talents through Toto's Film Making Class," Song said. "I have been able to learn a lot from their enthusiasm, and I feel very grateful that I could be a small help in the ongoing cultural exchange between Korea and China."

Toto's Film Making Class began in 2008 in Korea, and since 2011, it has been held in China, Vietnam and Indonesia to support global young film talents. This program has so far provided a total of 900 young filmmakers of tomorrow with film-making training, opening a new chapter in private cultural exchange.