Spring warms the heart. Your heart is aflutter with anticipation and excitement. You want to walk the streets in light breeze and think sweet thoughts! And suddenly the extra flab from winter weighs on your mind. If you want to look stylish in the bright and light spring clothes that you wore at this time last year, why don't you use “alluose” and “tagatose”, the alternative sweeteners and sugar substitutes?

A healthy sweet taste for a healthy and balanced diet; the transformation of sweet taste 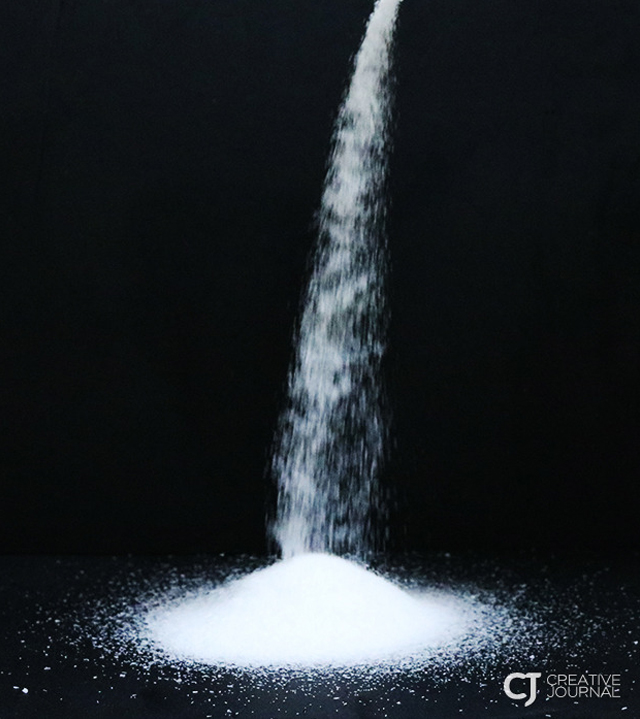 ▲ Should I have sugar or not? Isn't there a healthy and sweet taste?

When a famous cook scooped sugar into dishes on TV, viewers could not repress their astonishment. He quickly earned the nicknamed of "sugar boy" and people were disappointed to think that the secret to making flavor might in fact be sugar. The "sugar-loving" cook later said in an interview that it's not that he blindly uses sugar. He just adds an appropriate amount of sugar to create a more balanced taste.

Sweet taste plays a major role in harmoniously balancing the flavors of different ingredients. Using tiny amounts of sweets can improve the overall favor of food and make salty, spicy, bitter and sour tastes more strong and vivid to the palate.

However, many people hesitate to add sugar to their dishes, because too much sugar taken regularly can lead to obesity and diabetes. Particularly, as drinks or snacks contain a large amount of sugar, you can easily consume too much sugar before you know it. Today, let’s introduce alluose and tagatose, alternative sweeteners that are good sugar substitutes.

Tagatose has a low glycemic index that makes it safe for those with diabetes!

When many people think of an alternative sweetener, what comes to mind is probably “saccharin”, which was developed in the early 20th century and has been widely used to produce a sweet taste, with cheap prices and 300-times higher sugar content. However, saccharin has been argued to be a cancer-causing substance, with use of it becoming highly controversial. As a result, it has been widely shunned by consumers. Aspartame was subsequently developed as an alternative sweetener, but it has also aroused controversy.

However, the demand for a low-calorie, high-sugar content alternative sweetener causing no obesity or diabetes has risen inexorably! CJ Cheil Jedang, which started in the sugar business, is firmly committed to developing healthier, safer alternative sweeteners to provide the public with a safe and healthy sweet taste. 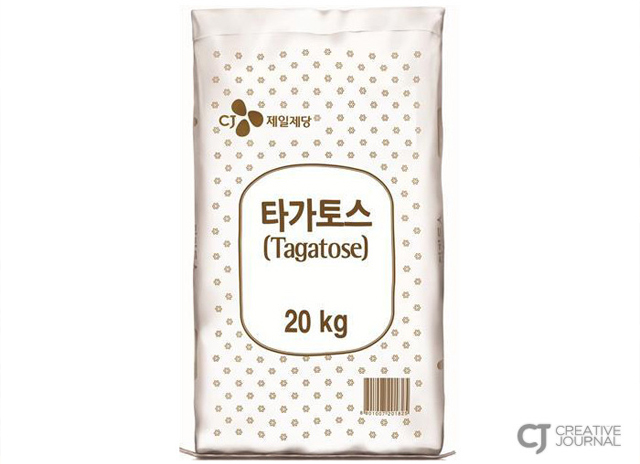 ▲ Tagatose has a low glycemic index that makes it safe to use even for a diabetic patient!

In 2011, CJ Cheil Jedang secured technology for the mass production of tagatose after seven years of research and development. Tagatose is a natural sweetener present in only small amounts in natural foods such as milk, cheese, cacao and apple. It was difficult to mass-produce it because of its high cost. However, through research and development carried out since 2004 to develop an enzyme for the mass production of tagatose, CJ Cheil Jedang’s efforts have finally borne fruit.

Tagatose, which has been commercialized by CJ Cheil Jedang for the first time in the world, is a meaningful alternative sweetener in that its calories are only one third and its glycemic index (GI) is just 5% of sugar. In addition, tagatose was designated a health functional food thanks to its blood glucose control, which has been recognized by the Ministry of Food and Drug Safety.

Tagatose has a low GI, making it safe to use, even by diabetic patients and obese people who especially need the regulation of blood glucose. Its natural sweet taste goes well with any food.

Allulose, a dream sweetener from nature 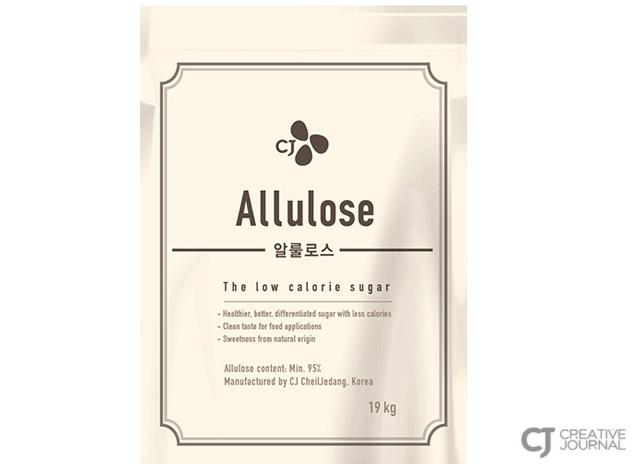 In 2015, CJ Cheil Jedang succeeded in commercializing allulose for the first time in the world. Allulose comes from natural foods such as raisin, fig or wheat. It is a very low-calorie sweetener with just 0 to 0.2 Kcal per gram.

Although it tastes as sweet as sugar, it contains just 5% of the calories of sugar. Some studies show that adding allulose to food is effective at substantially lowering calorie intake and reducing body fat. Little wonder then that allulose has been nicknamed
as the "dream sweetener."

However, allulose was not highly recognized from the outset. While its existence has been known in academia and industry for a long time, it was written off as an impurity left in small quantities in high fructose corn syrup when producing food with starch sugars. Allulose was first treated as a nuisance. For example, Coca-Cola and Pepsi, when receiving high fructose corn syrup,
asked suppliers not to mix with allulose. The reason CJ Cheil Jedang took notice of allulose was because its calorie is close to zero. The problem was that it’s hard to mass-produce allulose, because it, like tagatose, exists in very tiny amounts in natural foods. Research therefore focused on the development of an effective enzyme. Developing the enzyme to extract allulose was essential to producing allulose in large quantities.

Nothing was impossible. CJ Cheil Jedang succeeded in developing an enzyme necessary for the mass production of allulose for the first time in the world. As a result, the company was able to produce 85% of allulose from original ingredients, using an extraction enzyme that it had developed, up from just less than 5% allulose achieved by existing chemical methods.

As large amounts of allulose can now be produced from small amounts of original ingredients, consumers are able to enjoy the "dream sweetener," allulose, at an affordable price. The Sweetree Allulose recently launched by CJ Cheil Jedang contains just one tenth of the calories of sugar, and goes well with any food. Add the healthy sweet taste to your food without counting calories!

The healthy sweet taste for the family 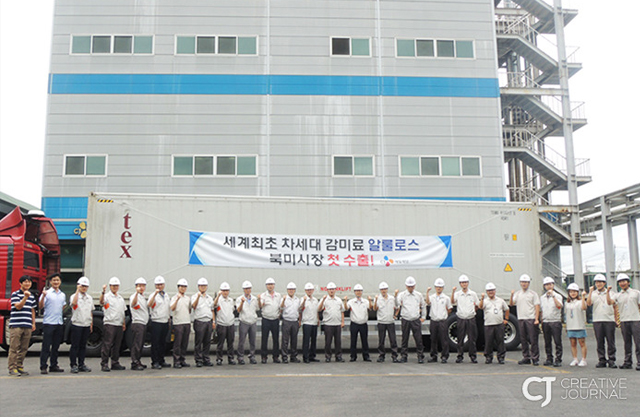 ▲ Allulose, the next-generation sweetener developed for the first time in the world, has now been exported to
the North American market!

CJ Cheil Jedang’s allulose has been officially recognized as safe by the US Food and Drug Administration (FDA). It is a healthy alternative sweetener to natural sugars because it has been extracted from natural foods using an organic enzyme.